Here’s some front-page attention for a reply I posted earlier this morning to HE reader “alynch” regarding the the current Mo’Nique hoo-hah. Acknowledging my comment that Mo’Nique “sounds obstinate — like someone who’s pointedly not interested in winning, a la George C. Scott or Marlon Brando,” Lynch asked me if I could apply my standards to them as well — i.e., do I believe the Academy should’ve refused to recognize Scott & Brando, since they didn’t care about the award either? 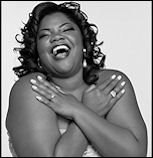 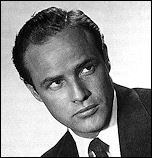 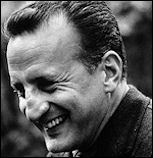 All Academy recognition should ideally be about the work and nothing but, I replied. The reputation of the Oscars rests or falls upon the honoring of quality work, and particularly the perception of honoring great work that has endured over the decades.

It follows that the Academy’s decision to give Best Picture Oscars to Around The World in 80 Days or Driving Miss Daisy doesn’t make the Academy seem all that deep or wise in retrospect. But it does enhance AMPAS’s rep that they gave Best Actor Oscars to George C. Scott for Patton and Marlon Brando for The Godfather, in part because they ignored whatever those guys were saying about the value of an Oscar (i.e., deriding the process, calling it “a meat parade” and whatnot) and just focused on the work.

If people feel that Mo’Nique’s work in Precious is the best female supporting performance they’ve seen all year then they should damn well vote for her regardless of whatever obstinate, politically unfortunate, pretending-to-be-dumb statements she’s made. Never trust the artist — trust the tale.

But there’s a distinction between Mo’Nique has said and what Brando and Scott were reported to have said in the early ’70s. Those guys, it seems, were primarily offended by the lack of dignity in the idea of this or that actor competing for a prize. That I get and respect. It wasn’t a very wise way to look at it, but I get their point and if they wanted to play their cards that way, fine. But I don’t think Brando and Scott pretended to be morons as a way of obscuring their true convictions. And I don’t think either of them ever said, “Okay, I’ll campaign in this and that way, but you gotta show me the money!”

Additional point: The definition of quality work is in the eye of the beholder, of course, but there’s one thing that tends to kick in more than we want to admit — we usually admire good/great performances by good/great actors because we like or admire or enjoy the characters they’re playing.

Everyone loved Brando’s Vito Corleone, especially after that backyard garden scene with Al Pacino and particularly after he stuck that orange peel in his mouth in order to mock-frighten his grandson. And everyone fell for Scott’s rebellious and impolitic Gen. George S. Patton because they saw he was a romantic at heart, especially after he spoke about being a reincarnation of past warriors. And they related to a man who was politically punished — made into a pariah — for standing his ground and simply being who he was and being true to his instincts.

But who in their right mind could love Mo’Nique’s lazy and sadistic welfare mom who makes her daughter’s life a living hell and permits her husband to rape that daughter repeatedly as a way of currying favor with him? It’s one thing to throw your own life away but to systematically torture and poison the life of your child? She’s garbage — arguably the lowest and scummiest character ever portrayed in an Oscar-quality feature.

Daniel Day Lewis‘s oil man in There Will Be Blood was a cold alcoholic monster during the last two scenes (“Bastard in a basket!”), but at least he had the flair and panache to say “I drink your milkshake!” and “I’m finished” at the very end, and at least he showed a tough determination in the early stages of building his oil business and showed a kind of malignant pride in his ability to prevail in a very tough racket. He was a monster but he did it with great style and a sense of perverse contentment about himself. “Good God, look at me! I’m a selfish fiend…and I don’t care all that much that I am, partly because I half-love it!”

But he did love and care for his son in his own way…until he decided to give him up when his son lost his hearing because his ability to help expand Daniel Plainview’s business was lessened, and because he was furious with his son for having started a fire in that cabin. And he did despise Paul Dano‘s religious hustler — I gave him points for that.

The key point is that being an evil person is about what you do to yourself but when you do it to your child, you’ve moved beyond “being” evil to spreading and creating new evils in another person, and an innocent to boot.

The venality in Joe Pesci‘s Goodfellas character or Ben Kingsley‘s in Sexy Beast is confined to themselves — i.e., self-generated and self-directed for the most part. They aren’t injecting their poisons into a kid. Their maliciousness is otherwise directed at certain adults who’ve made the choice of hanging or working with these guys for whatever reason, but they’ve made this choice as adults.

But polluting and destroying a young child is way beyond the realm. A person who does this is truly the keeper of Dante’s Inferno.