A recent Agence Press article predicted that Steven Soderbergh‘s The Argentine, the first of his twin Che Guevara movies with Benicio del Toro in the lead role, would play at the ’08 Cannes Film Festival. That may have been half-wrong. A 3.21 Hollywood Reporter forecast piece by Stephen Zeitchik is reporting that both The Argentine and Guerilla, the second Che pic, will likely show there as a team. 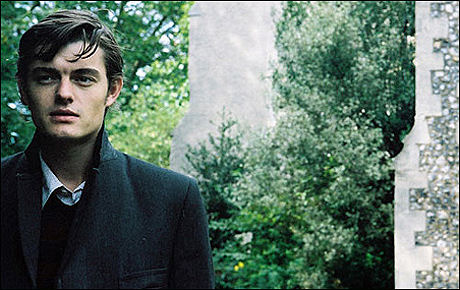 If this is true (and it seems like it might be with two disparate trade publications saying close to the same thing), it’ll be good to be able see and contemplate these films among liberal-minded elite journalists and the leftie European intelligentsia without having to deal with complaints from right-wing blowhards that these films glorify Guevara instead of rightly portraying him as a dogmatic fiend who presided over firing squads, etc. (I know for a fact that October ’06 versions of the two scripts don’t depict Guevara in a glorified light — here‘s my report.)
The tempest will kick in once the films open in the U.S., of course — cue Fox News! — but thank heaven there’ll be at least a brief period of Mediterranean calm beforehand.
Zeitchik is also hearing that the following films may be Cannes ’08 selections: Bertrand Tavernier‘s In the Electric Mist with Tommy Lee Jones; I Come With The Rain with Josh Hartnett; Fernando Meirelles‘ Blindness, Walter Salles‘ Linha de Passe; and Wim Wenders‘ The Palermo Shooting with Dennis Hopper and Milla Jovovich in an Italian-based setting.
Italian and French entries may include Paolo Sorrentino‘s Il Divo, Matteo Garrone‘s Gomorra (about organized crime in Italy); Michel Houellebe‘s La Possibilite d’un Ile, Souad el Bouhati‘s Francaise, Arnaud Desplechin‘s Un conte de Noel with Catherine Deneuve, Francois Dupeyron‘s Aide-toi, le ciel t’aidera, and Bertrand Bonello‘s De la guerre with Asia Argento and Mathieu Amalric.
English titles may include Saul Dibb‘s The Duchess with Keira Knightley, John Maybury’s The Edge of Love, a Dylan Thomas biopic with Matthew Rhys in the title role and costarring Knightley, Sienna Miller and Cillian Murphy; Gerald McMorrow‘s Franklyn with Sam Riley, Ryan Phillippe and Eva Green and possibly Julian Jarrold‘s new adaptation of Brideshead Revisited.
Hey, what about Beeban Kidron‘s Hippie Hippie Shake, about a counter-culture rag published in late ’60s London? Perhaps it won’t be ready until Toronto. I’m detecting a whiff of difficulty on this one.