I was feeling feeling vaguely shitty about Monday’s Donald Trump–Kim Jong-Un summit in Singapore. Mainly because I couldn’t think of anything negative to say except for the standard line about Trump and Kim feeling a certain rapport because in their own ways they’re both anti-Democratic brutalists. Trump isn’t in Kim’s league, of course, but for a Democratically elected American president he’s quite the smug bully, quite the Berlusconi, quite toxic.

I guess I’m grumpy because Trump is going to rise in the polls from this. I guess we all knew that going in. It’s dispiriting.

The only happy bone I could find came from journalist-author Richard Engel, shared earlier today on MSNBC: “There are other South Koreans who are a lot more skeptical. They say this is about show, this is just a photo-op, that the two leaders each want to get something out of this and it’s about optics instead of real diplomacy.” 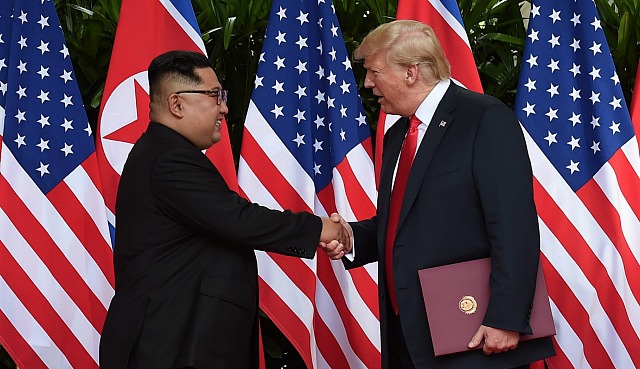