It’s Wednesday afternoon and everyone’s calling around and asking about Munich …how good, how invincible or vulnerable, and is anyone having shit-fits and if so, who?…whaddaya hear, whaddaya think?
There’s already a half-formed perception that Steven Spielberg’s film isn’t Million Dollar Baby, but some journos are taking their shirts off and waving them over their heads anyway and calling it the new front-runner. 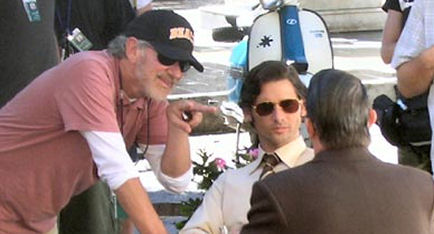 Maybe it is that. I’ll be seeing Munich in about two hours (Wednesday at 7 pm) so I’ll know fairly soon, but in these anxious pre-dawn hours before hitting the beach …er, the AMC Century City complex, it’s probably best to process the Spielberg kowtow with a grain of salt.
Richard Schickel, David Poland, Roger Friedman…can’t quite trust ’em.
You can’t trust Schickel and that Time cover story because as brilliant and insight- ful as he usually is, Schickel is a political operator of sorts, and it seems fair to presume he’s always thinking about his next documentary or subject for his next biography, which may one day (who knows?) be about Spielberg.
< ?php include ('/home/hollyw9/public_html/wired'); ?>
Schickel may be dead-on about Munich, but I can’t buy the shpiel…yet.
You can’t trust Poland’s somewhat measured rave that he posted in his “Hot But- ton” column Monday night, because…smell the coffee…we all have our prejudices and he’s been calling Munich the presumptive front-runner for a long time now, and because he’s been lightly dissing Brokeback Mountain since he first saw it at last September’s Telluride Film Festival.
My antennae reading is that Poland’s been emotionally invested in wanting to steer support away from Ang Lee’s obviously brave and devastating film ever since, and now he’s got a thoughtful and gripping film to fight for, so it’s time to mount that steed and get out that bugle. 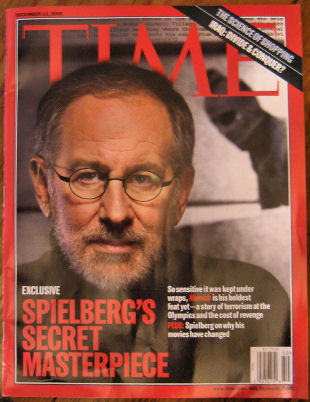 And you have to look askance at Roger Friedman’s proclamation in his Fox 411 column (posted late Tuesday night) that “Spielberg’s ‘Munich’ Is the Best Movie of 2005.”
Not because Roger is wrong (I don’t know a damn thing) but because he dismissed Brokeback Mountain as “silly” in a version of the column that ran last night (it’s been deleted, but I saw it last night with my own eyes) and he’s also called it a “strange western.”
To bluntly backhand Munich‘s strongest competitor with a jab like that is thought- less and kinda strange in itself. A movie that has made people weep and now sits at the top of MCN’s Gurus of Gold lists as the most likely Best Picture nominee is “silly”? 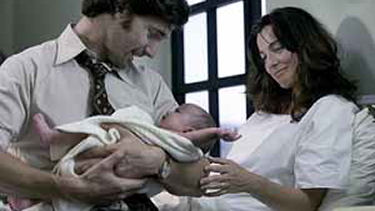 There’s no reason to think Munich isn’t going to be a riveting and stirring film, but will it knock Brokeback‘s stetson off and send it splashing into a mud puddle?
I’ll keep refreshing and adding to this piece over the next 24 to 36 hours as things happen and other voices chime in, but for now…

Here are some initial calls about next year’s Ocar contenders. I’d like to hear from anyone who’s read the scripts or can pass along versions of the scripts to yours truly…whatever. I just think it’s time to start looking ahead and planning ahead, etc.
Thanks to Canadian correspondent and rabid script-hound Jean-Francois Allaire for starting me on this jag…
Best Picture: The Departed (Warner Brothers); Babel (Paramount); The Good Shepherd (Universal Pictures); Southland Tales (Universal); Marie Antoinette (Columbia Pictures); The Pursuit of Happyness (Columbia Pictures); Breaking and Entering (The Weinstein Co.); All The King’s Men (Columbia Pictures); A Good Year (20th Century Fox); Stranger Than Fiction (Columbia). 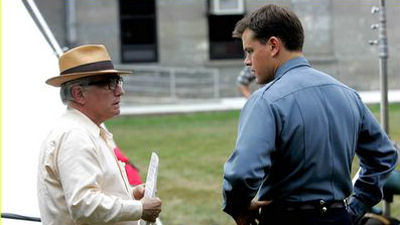 Martin Scorsese, Matt Damon on the set of The Departed 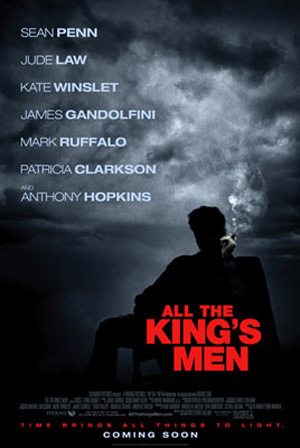 The first high-profile award announcements will come this Saturday afternoon from the Los Angeles Film Critics, with the final calls starting to leak out sometime around 1 pm or 2 pm.
The National Board of Review — that odd-smelling, Manhattan-based, awards- dispensing group made up of mostly weirdos and wackos (with the noteworthy exception of respected Columbia film professor and scholar Annette Insdorf) would have been first — i.e., today — but the group has delayed their announcements until next Monday, 12.12, due to some omissions on their initially mailed-out ballot.

On the same day the New York Film Critics Circle will announce their picks (expected a final decision around 1 pm Eastern), and since the NYFCC is roughly eight or nine times more respected than the National Board of Review (or is that eighty or ninety times?), the likelihood is that reporters and Oscar assesors will pay even less attention to the NBR winners than usual.
The very next day (Tuesday, 12.13) the Golden Globe nominations will be announced. These noms will be a very big moment for Diane Keaton and The Family Stone…I hope, I hope. And let’s hope that Terrence Howard (Hustle & Flow), bless him, hangs in there as a Best Actor in a Drama nominee.
I don’t have the dates for all the other critics groups but many of them will start to weigh in next week also, or very soon after. Critics groups from Boston, San Francisco, Chicago, Miami, San Diego, Seattle, etc.
Then it’s Christmas and New Year’s and the annual depression and suicide surge that happens ever year, and then…well, here’s the schedule:

I saw King Kong for the second time Monday morning (12.5), and I feel the same way I did after my first viewing Sunday night. About 110 minutes of this three-hour film (i.e., the last two-thirds) are rock ‘n’ roll and worth double the ticket price. And the finale is genuinely touching.
After Sunday night’s screening at the Academy theatre I called the better parts of this monkey movie “damned exciting in an emotional, giddily absurd, logic-free adrenalized way.”

And then I offered a limited apology to its creator, Peter Jackson. “You aren’t that bad, bro,” I said. “You got a few things right this time. The movie is going to lift audiences out of their seats. And I need to say ‘I’m sorry’ for bashing you so much because you’ve almost whacked the ball out of the park this time.”
Almost, I say.
King Kong is too lumpy and draggy during the first hour or so to be called exquisite or masterful, but there’s no denying that it wails from the 70-minute mark until the big weepy finale at the three-hour mark. Monkey die, everybody cry.
The emotional support comes from the current between Kong and Naomi Watts, who is pretty much the soul of the film. I was concerned that the tender eye-rap- port between them would be too much, but it isn’t. It’s relatively restrained and subtle and full of feeling.
And Andy Serkis’ Kong performance doesn’t play like any kind of “Gollum Kong” (which I fretted about a year and a half ago in this space), and in fact he creates something surprisingly life-like, or do I mean ape-like?
The good ship Kong starts out with a spirited montage (scored with a classic Al Jolson tune called “I’m Sittin’ On Top of the World”) that shows what Depression- era 1933 New York City probably looked and felt like on the streets. The recrea- tions of this bygone Manhattan are awesome, immaculate…CGI illusion at its most profound.

So the first ten or so minutes are fine, but then things start to get lunky and pokey and meandering, and the dialogue becomes increasingly stiff and speechy, and before you know it Kong is close to crashing on the rocks and suffering a gash in the hull.
It’s very touch-and-go from roughly the 10 to the 65- or 70-minute mark. I was shifting in my seat and going “uh-oh.” But things take off once Kong snatches Watts, and the energy stays high and mighty from there to the finale.
You can break Kong down into three sections…
(a) The draggy 70-minute first act, which is all New York set-up, character exposi- tion, the long sea voyage to Skull Island, tedious philosophizing and no action to speak of;
(b) the breathtaking, nearly 70-minute Skull Island rumble-in-the-jungle section, including the breathtaking dino-run sequence (an absolute instant classic that’s likely to drive most of the repeat business in and of itself), Kong vs. the T-Rex trio, and the icky spider-and-insect pit sequence;
(c) the 42 or 43-minute New York finale with Kong on-stage, breaking the chrome- steel chains and escaping, trashing Manhattan, finding Watts, and facing planes and fate atop the Empire State building.

If I were a 14 year-old kid talking to friends about all of us seeing Kong a second or third time, I would suggest that everyone try to slip into the theatre after the first hour because who wants to sit through all that talky crap again?
Kong isn’t better than Jackson’s Heavenly Creatures because it’s almost entirely about enthusiasm and has almost nothing to do with restraint (bad word!), but it’s still the most thoroughly pulse-pumping, rousingly kick-ass film Jackson’s ever delivered, and respect needs to be paid.
And I mean especially by someone who’s been bashing the pud out of Jackson for the last four years or so, calling him an indulgent (and overly indulged), excessive, paint-splattering “wheeeeee!” director all this time.
Make no mistake — Kong shows Jackson is still all of these things. But Kong is a movie with a big heart and a stupidly exuberant joie de cinema coarsing through its veins…during the second and third acts, I mean.
And even though Jackson has gone way beyond the point where he’s able to show minimal respect for physics and could-this-happen? issues of logic and probability …a point from which he’ll never return…he manages such amazing visual feats and surges once the film takes off that all objections are moot. Even if some of the action scenes are cartoonishly wham-bam and ridiculous. 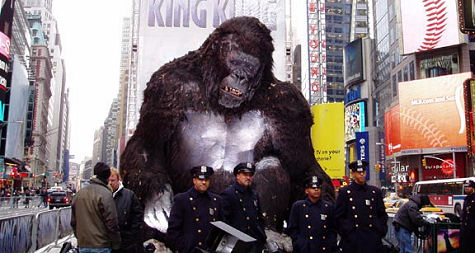 I’ll get into this a bit more later in the week, but I felt I had to cop to the fact that Jackson has hit one deep into center-left field.
Jack Black’s Carl Denham isn’t at all bad (he’s mouthy and slimy, but he doesn’t reach for outright comedy), Adrien Brody inhabits the playwright-hero to sensitive perfection, and Kong’s snaggle tooth is glimpsed only a few times and a non-issue.
Sometime next week I’m going to run a list of things in King Kong that make little or no sense (and it’s a long list), but right now it’s simply time to acknowledge that the parts of the film that get your blood racing and your emotions worked up work really well.
[Incidentally: I wrote last night that King Kong starts with an overture taken from Max Steiner’s original score for the 1933 film. However, I learned today [Monday] that Steiner’s overture was played before the presentation of Jackson’s film as a mood-setter by the people in the projection department at the Academy of Motion Picture Arts and Sciences theatre, so it isn’t attached to the film and won’t be heard by regular audiences. That’s a shame.] 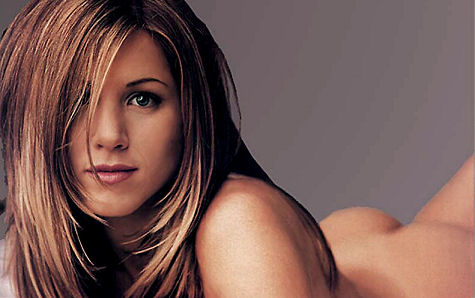 December 7, 2005by Jeffrey WellsNo Comments
« Previous post
This is a few days
Next post »
“Munich is not quite, at