Murphy Is A Fool

Eddie Murphy‘s decision to bail on his Oscar-hosting gig is unwise, to put it mildly. He got a bounce out of Tower Heist, delivering his funniest performance since Bowfinger, and he obviously could have built on that with some extra-funny Oscar-show material…but no. He just has to be the asshole. Smug indifference to anything except his own mercurial whims is his basic default position. 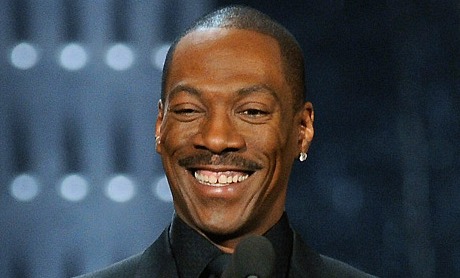 The decision smacks of the old arrogant Murphy of yore. Ladies and gentlemen, the guy who bolted out of the Oscar ceremony when he lost for his nominated Dreamgirls performance is back! The guy who had that eat-my-ass look in his eyes that said “I’m Eddie Murphy and I’m rich and famous and all that other good shit, and ain’t jumpin’ through no hoops for you or anyone else.”

His decision doesn’t exactly say to the community, “You know what? Maybe rehearsing is for fags.” But he’s kinda vaguely implying that. And he’s certainly not endearing himself to the gay community.

Murphy’s decision also says “you do it to Brett, you do it to me.” In windier terms, Murphy is basically saying, “To hell with that ‘an Oscar producer needs to show a little class and dignity’ stuff. If you like to eat the pussy and want to talk about that with Howard Stern, I don’t see the problem. You want to cut Brett lose because of that, fine. That’s your call. But I don’t hold with that so I’m walking. Yeah, you heard me, Academy. Kiss my ass.”

From Pete Hammond‘s 11.9 Deadline piece about the Ratner departure: “There is some media speculation that, with Ratner gone, Eddie will follow him out the door. I see that as highly unlikely — and I also don’t think Ratner himself would let that happen. Granted, Ratner’s exit caused a big ripple inside Hollywood. But Murphy’s exit would be a high-profile PR nightmare inside and outside Hollywood, creating the impression to the general public that the Oscars is in complete chaos.”