Variety‘s Diana Lodderhose is reporting that Bill Murray will play Franklin D. Roosevelt in Hyde Park on Hudson. And here’s the kicker: Richard Nelson‘s script, based on his British radio play, is about the visit of King George VI and Queen Elizabeth to President Roosevelt’s upstate New York home, called Hyde Park, in 1939. In other words, Murray is going to play host to Colin Firth and Helena Bonham- 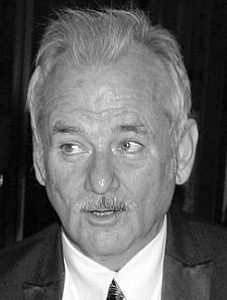 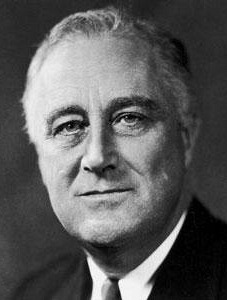 Because it won’t quite work to have someone else play the British royal couple…will it?

This is going to be a weird Murray performance. Murray doesn’t inhabit or impersonate others — he basically plays himself every time. he was great in Get Low, but he basically played Bill Murray as a small-town undertaker. FDR’s voice and speaking style are very distinct and well-known — indeed, oft-imitated. I don;t see how this is going to work.

So what happens during the visit, which occured during the summer before World War II broke out? Revelations of infidelity, that’s what. FDR’s affair with his distant cousin Daisy, that is.

Roger Michell (Notting Hill) will direct with Kevin Loader (In the Loop’) and David Aukin producing.