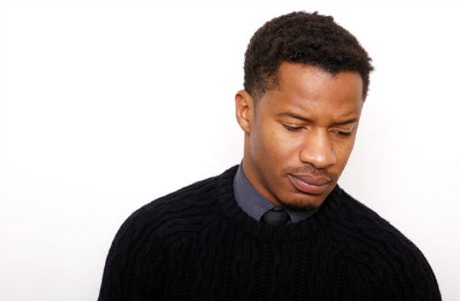 NP: “If I can be just honest about it, just being down. Back then, when I was young and we were out being dogs it was about is she down? You think she down?”

BD: “Was that a question you would actually pose to her?”

BD: “So it was kinda like an assumption you were working on?”

Fair interjection: In other words, Nate is implying, the victim in the 1999 incident (a) didn’t say “no” and (b) seemed more or less “down.”

NP: “Let me be the first to say, I can’t remember ever having a conversation about the definition of consent when I was a kid. I knew that no meant no, but that’s it. But if she’s down, if she’s not saying no, if she’s engaged…and I’m not talking about, just being clear, any specific situation, I’m just talking about in general.

BD: “You mentioned that your initial comments about the resurrection of this incident were self-centered, and from an emotional place on your behalf. So do you understand why people are struggling with…

NP: “Absolutely! I understand now, but I was speaking from a standpoint of ignorance.”

“Let’s just put it like this: if a person was accused of being a racist when he was young — he said some racially insensitive thing or someone had him on tape calling someone the n-word or whatever — and then you fast forward and he feels, ‘Oh, back then I didn’t say this or that.’ He’s not thinking about the person that he hurt when he said what he said, or however it came out, or the effects that it could have had. He’s not thinking about it. He’s thinking about his own self and how he feels.”

BD: So, how would 36-year-old Nate classify that particular incident with you, Jean [Celestin], and the girl?

NP: “I’ll say this, I think that they are more things than the law. I think there is having a behavior that is disrespectful to women that goes unchecked, where your manhood is defined by sexual conquests, where you trade stories with your friends and no one checks anyone. At 19, that was normal. As a 36-year-old man, if I looked at my 19-year-old self as my son, if I could have grabbed him earlier before this incident, or even just going to college. Because for me, it’s about this incident, but it’s [also] about a culture that I never took the time to try to understand. I never examined my role in male culture, in hyper masculinity. I never examined it, nobody ever called me on it.

“So if I’m 36 and I have my 19-year-old self, I’m pulling him to the side, and saying, ‘Listen bruh, throwing on your Timbs and your fitted hat and strolling campus trying to get a girl to say yes, or going to the club hoping you bring a girl home, that’s not the way to go about healthy relationships. You need to step back. You need to think about how that affects you, how it affects them, how it affects the women in your life.'”