The only way that the National Board of Review awards, to be decided upon and then announced on Wednesday, would have any effect on award-season thinking would be if they made some kind of radical Best Picture choice…which isn’t likely. The NBR did the right thing last year in giving Letters From Iwo Jima their Best Picture prize, but their generally conservative tendencies indicates a vote for one of the comfort-blanket films over the less-soothing darkhearts — Sweeney Todd, No Country for Old Men, There Will be Blood, etc. A big surprise would obviously be welcome. 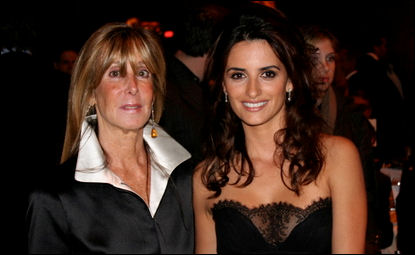 I was hoping that Fox 411’s Roger Friedman, who’s passed along some tough judgments about the inside doings of the NBR over the years, would have posted predictions today, but nope. He says he may have something along these lines up tomorrow, including his own calls.

Red Carpet District‘s Kris Tapley has posted a link to some In Contenton predictions by the Klaus Kinski-admiring “Aguirre” that went up yesterday. Marc Forster‘s The Kite Runner for Best Picture, he says. That sounds about right for the NBR. It’s an intelligent, well made heart-tugger about an adult looking for healing and redemption for a bad thing that happened in childhood. It’s also struck chords with over-40 audiences. But a voice is telling me that Joe Wright‘s Atonement, which has a somewhat similar story and theme, will take it.

Aguirre, the Wrath of God says the NPR’s Best Documentary will either be Phil Donahue and Ellen Spiro‘s Body of War or Charles Ferguson‘s No End in Sight.

And La Vie en Rose‘s Marion Cotilliard is said to be a locked call for Best Actress.