The National Board of Review is a mostly discredited organization that carries no real weight or sway, but the fact that they’ve given their Best Picture award to Zero Dark Thirty feels like a whoo-hoo nonetheless. They’ve also given their Best Director award to ZDT‘s Kathryn Bigelow and Best Actress trophy to Jessica Chastain…three fresh biggies for ZDT!

Memo to Indiewire‘s Anne Thompson: Daniel Day Lewis has always been a top Best Actor contender, but Lincoln itself has either run out of gas or never had it to begin with. Certainly not the high-octane brand. Yes, it’s Steven Spielberg‘s best since Saving Private Ryan, but events aren’t falling into place. It’s over or close to it.

There’s also a little Silver Linings momentum kicking in with Bradley Cooper snagging the NBR’s Best Actor trophy. Cooper, it seems, has acquired solid-gold cred today as a Best Actor contender. No pushing him off to the sidelines or going “yeah, maybe” anymore. David O. Russell also won the Best Adapted Screenplay award for Silver Linings Playbook. SLP haters need to bow and back off and scatter for the time being.

Ann Dowd winning Best Supporting Actress for Compliance is a nice thing and well deserved — good for her.

Congrats to HE’s very own Rian Johnson for winning the NBR’s Best Original Screenplay for Looper.

Wreck-It Ralph won for Best Animated Feature. The Oscar in this category will go for this or Tim Burton‘s Frankenweenie…right? The Best Directorial Debut award has gone to Benh Zeitlin for Beasts of the Southern Wild…great. 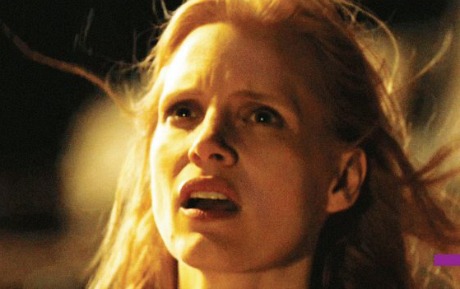