Anyone who’s read HE for any length of time knows I genuinely admire comedies that I call no-laugh funny — i.e., consistently clever, amusing and witty but never quite eliciting actual laughter. Nicholas Stoller‘s Neighbors (Universal, 5.9.14) is not that — it’s heh-heh funny. I was never that giddy or tickled but I never felt bored or irritated or disengaged. I got ten or twelve heh-hehs out of it, and the rest is at least fast, punchy and lewd. It’s not exactly a routine culture clash comedy but the basic set-up — a 30ish couple with a baby (Seth Rogen, Rose Byrne) vs. a party-animal college fraternity (Zac Efron, Dave Franco, Christopher Mintz-Plasse) that moves in next door — is familiar. But Neighbors is agreeably tight and vigorous and scattershot, and Andrew J. Cohen and Brendan O’Brien‘s script (augmented, I’m sure, by nonstop improv) is a cut or two above. A likely hit. 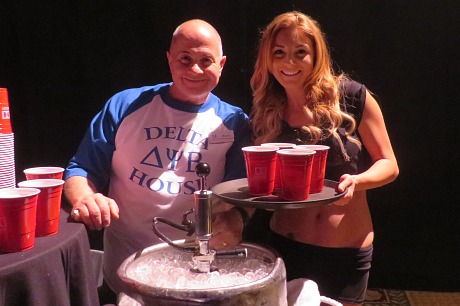 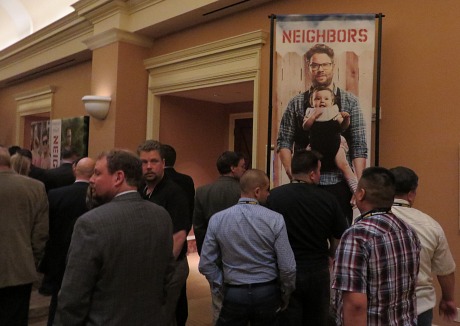 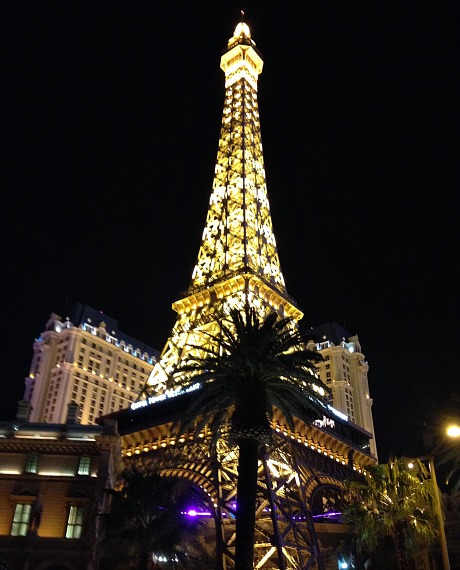 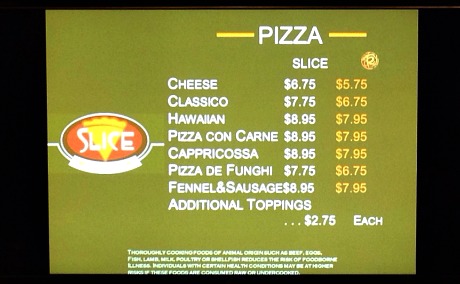 For the honor of eating pizza in a Caesar’s Palace food court, you pay at least 30% or 40% more per slice than anywhere else. Wait…nine bucks a slice? That’s at least double what any NY pizzeria charges. I was on the verge of breaking the cockatoo diet but those prices turned me off. 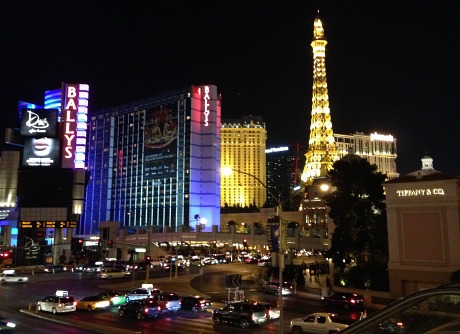 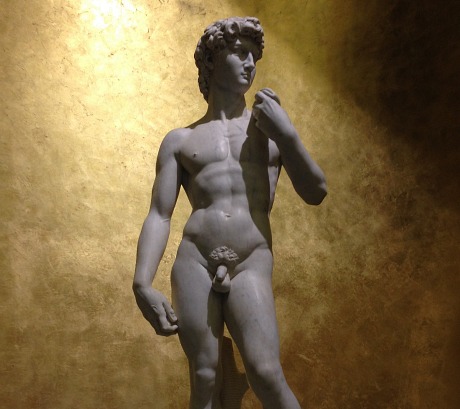 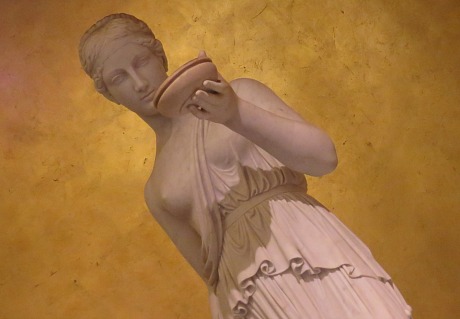