The Dukes of Hazzard (Warner Bros., 8.5), a ’70s retro redneck fast-car thrillbillie movie that looks like a lotta fun…the kind of fun that comes from sticking needles in your eyes…will be upon us three weeks from today.
I think it’s entirely fair to assume the worst with films of this type. I mean, look at the trailer already. Get out the chewing tobacco and clothes pins. 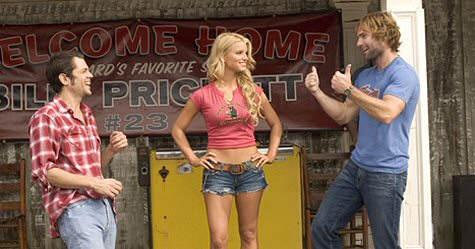 Does anyone see any indications that this might be Starsky and Hutch, a ’70s TV series film that was smartly written and better-than-tolerable for the Ben Stiller- Owen Wilson repartee? Dukes looks common, crude…or am I leaning too much on impressions?
The director is Jay Chandrasekhar (Super Troopers, Club Dread); the costars are Johnny Knoxville, Sean William Scott, Jessica Simpson, Burt Reynolds, Joe Don Baker and Willie Nelson.
I’ll be there because of Simpson’s skimpy outfits but gimme a break with the General Lee flying through the air and all the other crap. And I’m not a reflexive hater of hot-car movies. I loved Gone in 60 Seconds (guiltily) and I bought into The Fast and the Furious.
< ?php include ('/home/hollyw9/public_html/wired'); ?>
I’m encouraged by the tracking reports that a high percentage of urban respondents are marking this one down as a must-to-avoid. Revolt! Go blues!
Reynolds needs the money, I suppose, but it’s a tiny bit ironic he’s in this thing, which is a kind of salute to the redneck films of the mid ’70s to early `80s. Ironic because Reynolds killed his career by making too many of these films with Hal Needham directing.
I don’t remember Joseph Sargent’s White Lightning (’73) as being too bad, but the rest — Stroker Ace, Gator, the three Smokey and the Bandit‘s — were on the painful side. 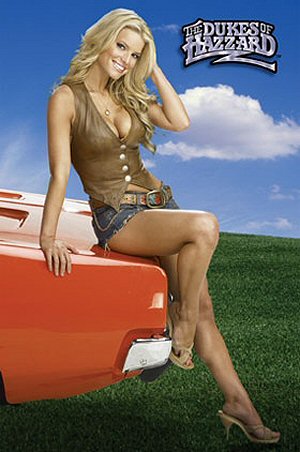 Redneck movies were born in the early `70s (’72 and ’73, to be exact). They got rolling in the mid `70s, peaked in the late `70s and early `80s, and were pretty much over by ’84.
That was the year when Reynolds burned his once-loyal fans for the last time (i.e., those who were still with him after two previous Needham pics) with a farewell performance as J.J. McLure in The Cannonball Run II. Nobody was better than Reynolds at being smug.
There were two kinds of ’70s redneck films — the high-speed, action-packed, stupid-ass variety about sexy-macho moonshine smugglers always being chased by the fuzz and always with a Daisy Mae girlfriend or two, along with the creepy-pervy ones about city folk running into toothless inbreds in overalls with all kinds of foul things happening, including outdoor pig-squealing anal sex.
The fun redneck movie was pretty much shoved into gear by White Lightning (’73), in which Reynolds first played the stud-smoothy Gator McLusky. He played the character again three years later in Gator.
The creepy kind came into being in ’72 with John Boorman’s Deliverance (which still plays…a brilliant film) and Wes Craven’s Last House on the Left. And the genre still lives today, most recently in the form of Greg McLean’s Wolf Creek.

There was only one high-velocity ’70s redneck film that was any good, and it wasn’t even a redneck film.
It was a scrappy piece of backwoods Americana about a young guy on the wrong side of the law who went on to become a famous stock-car racer, a movie that was actually loved by critics and was also an unfortunate financial disaster: Lamont Johnson’s The Last American Hero (1973).
For me, this is the super-daddy of redneck movies, the one that got it right with unaffected realism and a kind of dignity by not dealing in the usual cliches and showing respect for its characters, and by being intelligent and tough and vivid with fine acting. 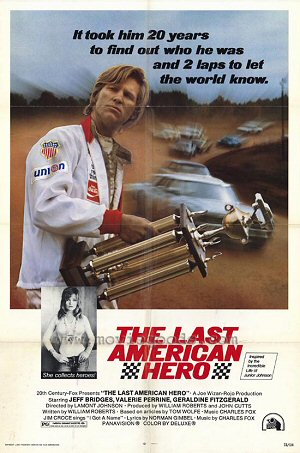 Hero was loosely based on Tom Wolfe’s legendary 1965 Esquire article about one-time moonshine smuggler and stock-car racer Junior Johnson. Wolfe’s piece was called “The Last American Hero is Junior Johnson. Yes!”
The movie is about a guy named Junior Jackson (Jeff Bridges) who’s more or less content to smuggle illegal hooch until he gets pinched and his soul-weary dad (Art Lund) persuades him to think twice, and he eventually uses his car-racing skills to break into stock-car racing.
Geraldine Fitzgerald, Ed Lauter, Gary Busey and Valerie Perrine are among the costars.
There’s no question that Johnson’s film was widely admired (nearly all the serious film critics got behind it, especially Pauline Kael). And its influence in Hollywood circles seems hard to deny, its commercial failure aside, for the simple fact that it was the only backwoods-moonshine movie at the time that was seriously respected for what it was, as opposed to being (nominally) respected for what it earned.
As movies steeped in rural southern culture go, The Last American Hero had roughly the same levels of honesty and sincerity as Coal Miner’s Daughter, which came out in 1980.
Hero stood out for the gritty low-key realism that Johnson and his collaborator Bill Kerby brought to the script. The original Hero screenplay was officially credited to William Roberts, but, as Johnson told me during a brief phone conversation yesterday. “it didn’t have any real people in it,” 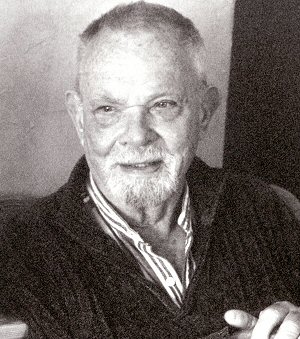 The Last American Hero wasn’t an art film — it was a punchy thing with a kind of B-movie feeling — but it stood out for its avoidance of easy ironies and from any kind of condescension toward the hardscrabble characters, and for the totally on-target performances.
Articles like Wolfe’s and films like The Last American Hero make me forget about my loathing of red-state attitudes and even lead to affection for the vitality of working-class types and the blue-collar thing. They make me feel like their characters belong to my country. They make me want to eliminate the “Blue State” blue-ribbon logo that I’ve displayed in this column space for nearly a year.
It’s not genuine Americana that I can’t stand — it’s the degraded, stupid-ass, hee-haw stuff peddled by downmarket opportunists and turned into corporate-brand jackoff diversions like The Dukes of Hazzard TV series and motion picture.
What galls me is that most consumers out there don’t even know what genuine backwoods Americana is — they just know the Happy Meal-kind that corporations have sold to them. 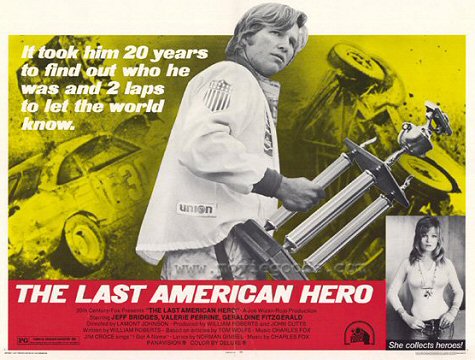 The irony is that one of the biggest corporations, Rupert Murdoch’s Newscorp, the owner of 20th Century Fox, isn’t selling The Last American Hero. It isn’t available on DVD, and Fox Home Video, the rights holder, has no plans to put it out.
When I called that division’s public-relations guy on Thursday to ask about possible DVD plans, he asked, “This is ours? It’s a Fox movie?” Yeah, it’s a Fox movie, I said. Fox has the rights. “We produced it?” Yeah, Fox produced it in ’73, and Fox Home Video put it out as a VHS in ’97.
I think I convinced him, but I wrote him back again today to ask if he’d had a chance to ask the higher-ups, and he didn’t respond. But at least I’ve started the awareness thing a little bit. Maybe someone else will pick up the ball.
It would be nice to see this film again along with DVDs of my two other most-wanted ’70s films — Play It As It Lays and The Friends of Eddie Coyle.

One of the six or seven reasons today’s column went up so late today is because I got hung up with technical issues in trying to prepare a digitally recorded interview for what I hope will be the first of a series of Podcasty-type deals I’m trying to turn into a regular thing.
It’s a recording of an interview I did Thursday, 7.14, with Jim Jarmusch, the writer-director of Focus Features’ Broken Flowers, which will open in theatres on August 5.
Apologies for the long boring rambling intro — I’m re-recording it this morning (Saturday). And all that rumbling background noise you can hear while Jarmusch is speaking…I dont know what that could be. We were sitting in a very quiet back room of an Italian restaurant. 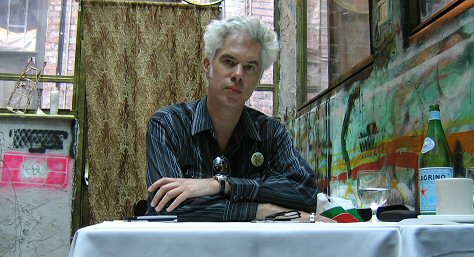 Like anything else, it’s going to take a while to get these things down and sounding right.
Anyway, here it is. Thanks to Moises Chiullan, a good guy from Florida State University in Tallahassee, for urging me to do this and doing the sound editing and whatnot.
And I’m highly recommending the restaurant, by the way. It’s called Ballato’s, a kind of old-feeling, late 1940s Godfather-y type place. Visually, I mean. Jarmusch has been going there for years and says the food is wonderful. It’s at 55 East Houston, between Mott and Mulberry. 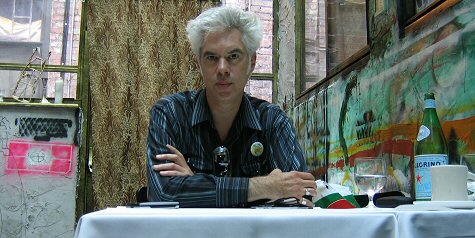 The late-afternoon light in Ballato’s back room is really beautiful — delicate, diffused.

This is Jarmusch in a nutshell — he told the publicity people to run his press kit biography as lean and pruned down as possible. None of the usual press-kit blather…just list what he does, list the film titles and that’s it.

Lifeboat, the only Alfred Hitchcock movie that hasn’t been restored and/or remastered and put out on DVD, is finally undergoing that process and will be released by Fox Home Video before the end of the year, according to spokesperson Steve Feldstein,
Lifeboat isn’t often recognized as one of Hitchcock’s best films, but for me it’s right up there with Strangers on a Train, Rear Window, North by Northwest, Shadow of a Doubt, Notorious and Vertigo.
I’m astonished that it took Fox Home Video this long to come around. They had it out on laser disc in the early ’90s but the transfer was awful, which always seemed extra-offensive to me given that Glen MacWilliams’ black-and-white photography is exceptionally beautiful with all kinds of moody textures and fog lightings and whatnot. 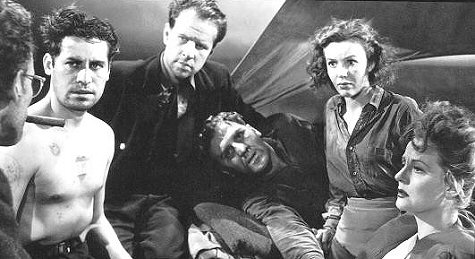 Lifeboat is one of the best-written Hitchcock films (script by Ben Hecht, Jo Swerling and John Steinbeck) with whip-smart dialogue that is on-target and feels authentic for its time. It has a certain “written” quality that was par for the course in the early ’40s, but it’s so well shaped and phrased that the theatrical refinement feels right in the pocket.
Tallulah Bankhead, John Hodiak, William Bendix, Hume Cronyn, Walter Slezak, Henry Hull…talk about assurance. Six performances with a certain actorliness (and flamboyance, in Bankhead’s case), but at the same time relatively straight, unaffected and concise. (There are three performances that feel overly sentimental — Heather Angel’s, Canada Lee’s and Mary Anderson’s.)
Lifeboat is easily Hitchcock’s most visually inventive film. He imposed a huge challenge upon himself in having to tell a riveting story and make it all feel vital and visually absorbing despite the entire thing being set in a lifeboat on the North Atlantic, and damned if he didn’t succeed. (Hitchcock even figured a way for his usual cameo appearance to happen.)
It’s an excellent example of how persuasive studio-based photography and 1940s visual effects could be in the hands of the right director. It was all shot on a Hollywood sound stage, but you can really feel the unruly energy of the sea and taste the salt water on your lips. It’s a much more convincing evocation of what it must be like to be afloat and helpless in the middle of a vast ocean than anything you saw in Waterworld. 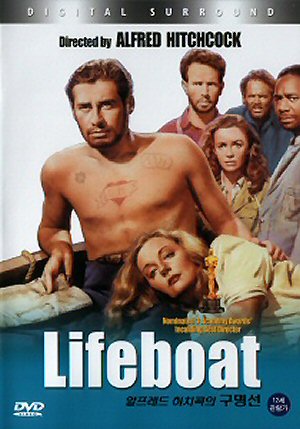 I’ve been asking the Fox Home Video people off and on for years about when they were finally going to move on a Lifeboat DVD, and they’ve never had any kind of answer. Like all home-video divisions Fox Home Video has seemed, to me, almost Soviet-like in its penchant for secrecy and not being candid about internal workings or plans.
And yet, oddly, South Korea put out a Lifeboat DVD in 2003.
Check out the image of Hodiak and Bankhead on the Korean DVD jacket cover [above]. It’s from a scene in the film, of course (their characters become lovers aboard the lifeboat, although it doesn’t seem to involve anything more than making out), but there’s no missing the allusion. It seems as if Bankhead, who was quite the liberated woman in her time…well, you get the drift. 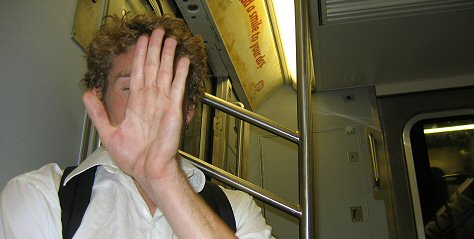 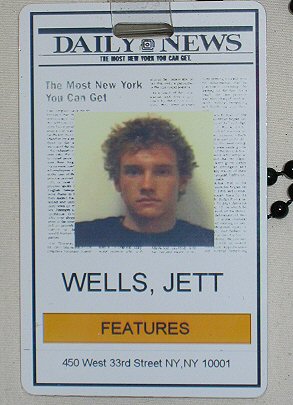 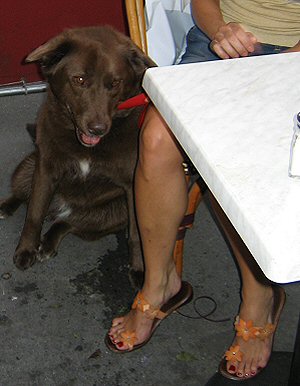 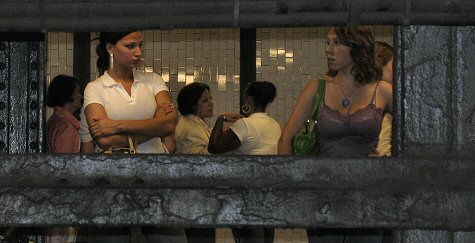 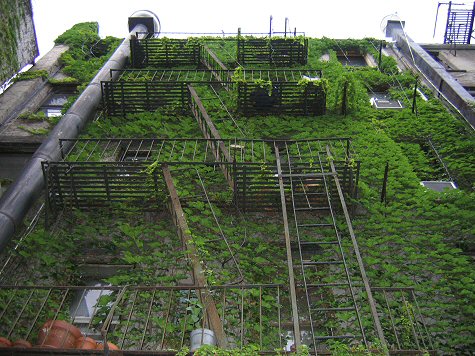