I’ve just spent the last 140 minutes or so hanging at an elite gathering of new-media people at a fifth-floor loft on Warren Street, listening to The Wrap‘s Sharon Waxman, indie producer Ted Hope and B-Side/Slated CEO Chris Hyams talk about brilliant new ways of using social media to get the word out about shorts, sites, films, whatever. It was fast-moving and a little spritzy from time to time, but I’m glad I attended. It pushed things along in my head. 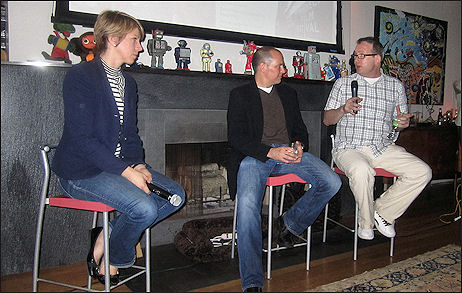 The sponsor was Flickweets, the new iPhone application that’s attached to mrqe.com (which is pronounced “marquee.”)