Nobody cares about In The Heights any more, but if they did there’d be one more thing for wokesters to gripe about.

The last grenade thrown at Jon Chu and Lin-Manuel Miranda‘s musical (a mostly faithful adaptation of LMM’s 2005 stage musical) was the colorism thing — the film had ignored the presence of Afro-Latinos in Washington Heights and therefore was, after a fashion, guilty of a form of discrimination — i.e., colorism.

I never saw the stage play but a friend of Jordan Ruimy‘s did, and he reports that the film version “cut the plot line about Kevin Rosario, the Puerto Rican dad” — Jimmy Smits in the film — “not wanting his daughter Nina to date Benny” over an ethnic disparity issue. (In the film Nina and Benny are played by Leslie Grace and Corey Hawkins.)

Here’s a portion of the Act 2 play synopsis from Wikipedia’s In The Heights page:

“Nina and Benny spend the night together in Benny’s apartment as Kevin frantically searches for her all night; Benny worries about what Kevin will say about their relationship but is happy to finally be with her (‘Sunrise’). Nina eventually returns home to find her parents worried sick about her, and Kevin grows furious when he learns she was with Benny, disapproving of their relationship due to Benny not being Latino.”

A 6.10.21 Elle piece by Madison Feller discussed several differences between the stage and film versions. Feller didn’t mention Kevin’s problem with Benny in the stage version. 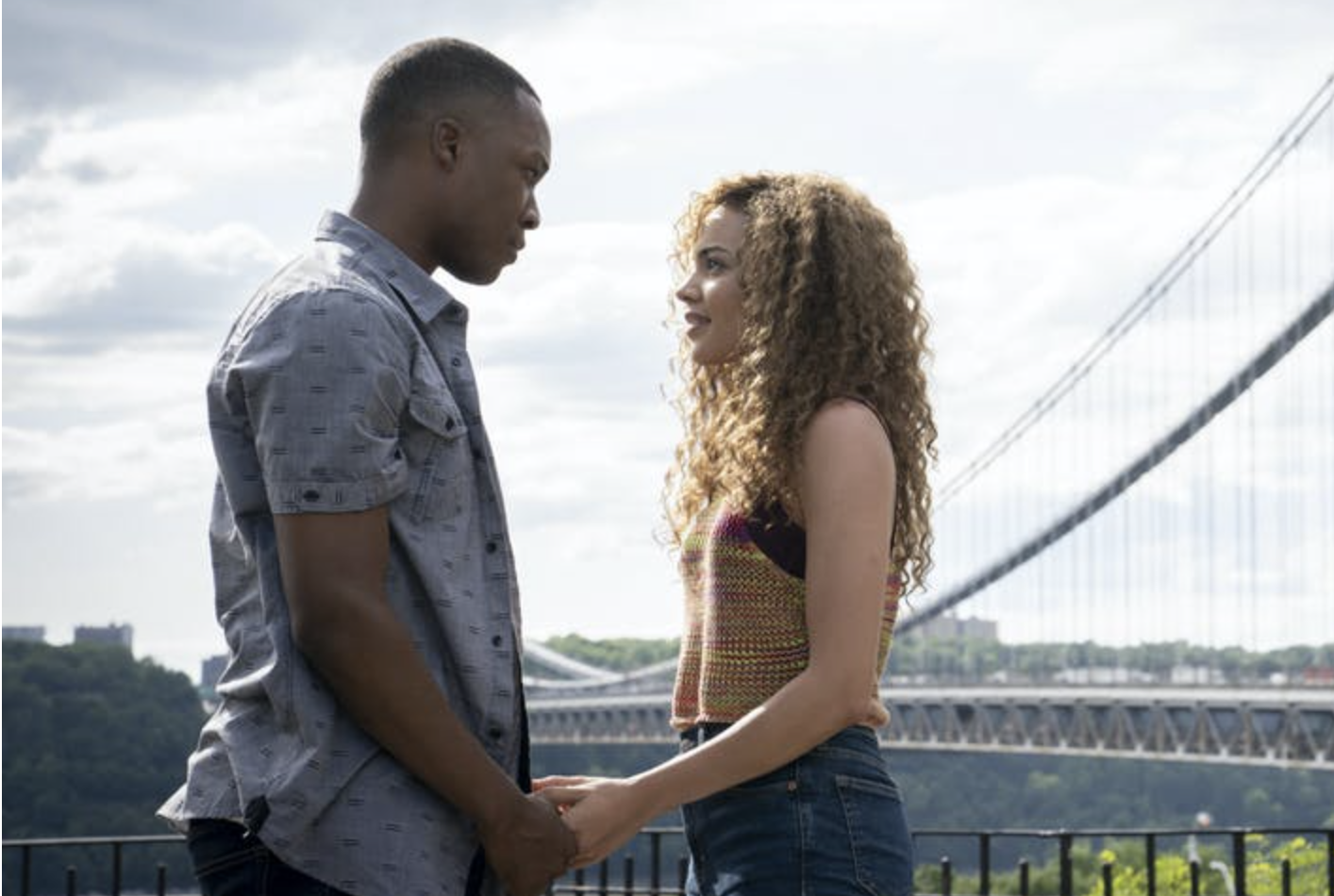