That “Being Nipped At” Feeling 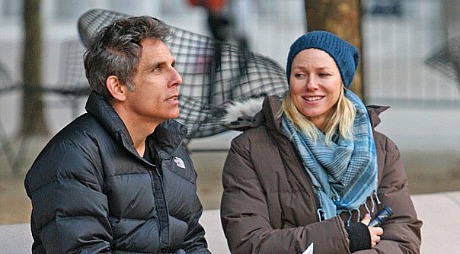 “Though While We’re Young is primarily a comedy — and a very funny one at that, managing to be both blisteringly of-the-moment and classically zany in the same breath — Baumbach has bitten off several serious topics, for which laughter serves as the most agreeable way to engage.

“And so, anchored by Ben StillerThat N’s egoless portrayal of middle-age insecurity, the film examines how as a species, humans are naturally threatened by the younger generation, who possess an energy and an aptitude that daunts the more experienced. We can cower from it or embrace the fear. For Josh and Cornelia, the brush with youth re-energizes their marriage, even as it reveals the depths of Josh’s pettiness, once he realizes that Adam Driver‘s young filmmaker he was so willing to help may actually be on to something interesting.

“Audiences tend to get uncomfortable when a film engages as directly with its own themes as While We’re Young. Even the title sounds a bit too on-the-nose, but Baumbach can get away with it [as] he’s created characters who put no filter between what they think and what they say — especially in the deliciously uncomfortable final stretch, once Stiller decides to proactively sabotage Driver’s documentary project.”