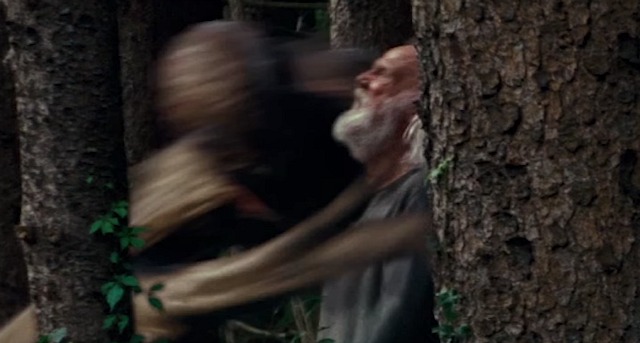 Spoilerish if you live at the bottom of a cave: In the Quiet Place world of alien domination and global decimation, what is the ONE THING ABOVE ALL that a heterosexual couple DOESN’T want to do? In a world in which the slightest sound will trigger instant savage death, what is the ONE THING that a heterosexual couple must NEVER, EVER DO, no matter what?

That’s right — they don’t want to get pregnant. Because there’s no keeping babies quiet, and so the aliens will immediately pounce and kill the baby within hours of its birth along with mom, dad and everyone else.

So the movie starts and right away we’re acquainted with a married couple (John Krasinki, Emily Blunt) with two kids (Millicent Simmonds, Noah Jupe). The parents are devastated, naturally, after losing their youngest child to aliens in the opening sequence. So what happens a few months later? Blunt gets pregnant.

Yes, the family creates a basement-level soundproof room with a mattress across the top hatch, but in a world in which the slightest, faintest sound triggers an alien attack, are you telling me that basement room is going to completely muffle the 24/7 cries of an infant? No way.

April 7, 2018by Jeffrey Wells35 Comments
« Previous post
HE to Netflix: Sheath Your Sword, Show Cinema Love
Next post »
HE to La Pizza Crescenti