Last night I paid $21.50 to see Nobody at the AMC Century City. I also paid $15 or $16 for a small popcorn and a hot dog. Plus $6 for parking. Call it $43 for an experience that was…well, kinda silly and, okay, somewhat “passable” if you lower your standards but certainly not in the least bit believable — not with unshaven, small-shouldered, not-tall-enough, late-50ish Bob Odenkirk in the role of a seemingly mousey dad who rapidly morphs into a version of Liam kick-ass Neeson.

Nobody actually feels like a cartoonish satire of a Neeson flick because the violent scenes are never realistic (do you believe that Odenkirk would whip five tough Russian dudes on a city bus after he stupidly empties a .38 pistol of all ammo, just to show how physically confident he is?), and because the violence becomes increasingly surreal as things move along. Sensible adults made this thing, but what did they make? Just a stupid bullshit face-puncher and ball-kicker aimed at multiplex morons…nothing more or less than that.

I wanted a Steven Soderbergh-style action flick that would try to respect reality and physics and deal semi-realistically with what a 50ish guy in reasonably good shape could manage within a John Wick-like, one-guy-vs.-the-mob vicious beatdown and shoot-em-up, and you know what happened? Director Ilya Naishuller, screenwriter Derek Kolstad and producer-star Odenkirk stepped out of the screen a la The Purple Rose of Cairo, walked over to where I was sitting (front-row, handicapped seat), took out their schlongolas and urinated right into my lap. I was too much in shock to respond.

Okay, I appreciated Naishuller’s decision to convey what a mundane, soul-draining life Odenkirk’s “Hutch” is living (before the rough stuff begins) with rapid-fire montage cutting, and I half-enjoyed the reliance on pop tunes to kind of, I don’t know, lighten the mood or something.

And I half-enjoyed Christopher Lloyd‘s hoot-level performance as Odenkirk’s ex-FBI, retirement-home-residing dad, and I was glad to run into Aleksei Serebryakov (who played a leading role in Andrej Zvyagintsev‘s Leviathan) as a Russian drug lord who likes to dance and perform in front of customers at a club he owns. I was stunned when a new version of Michael Ironside showed up — “new” as in 75 pounds heavier than he was in Scanners. Connie Neilsen is okay, I guess, as Hutch’s semi-patient, non-judgmental wife. 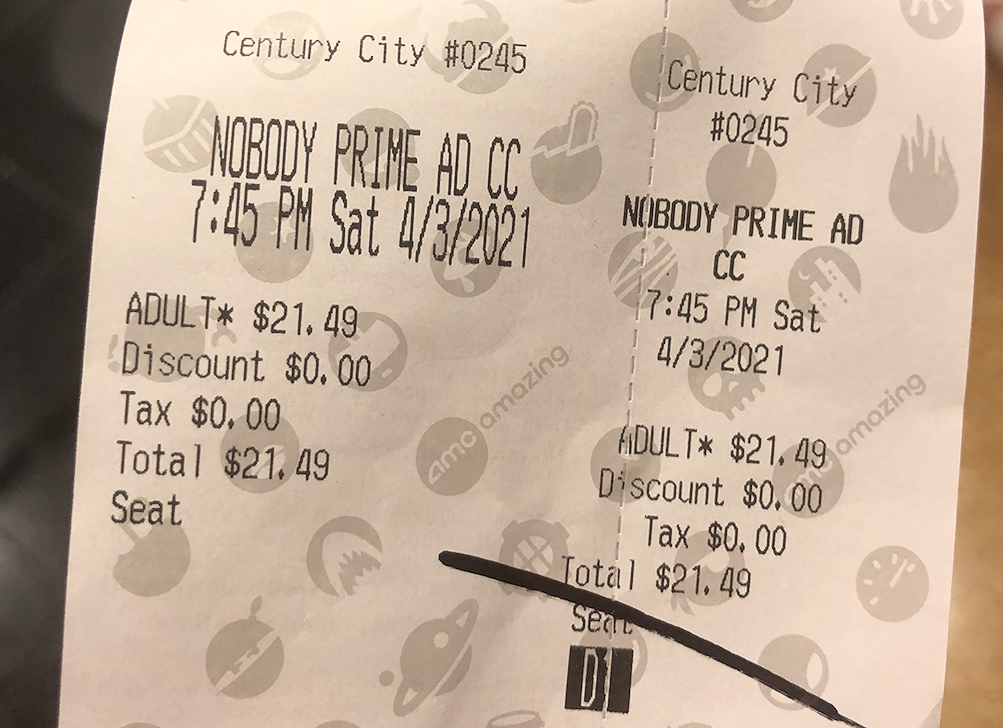 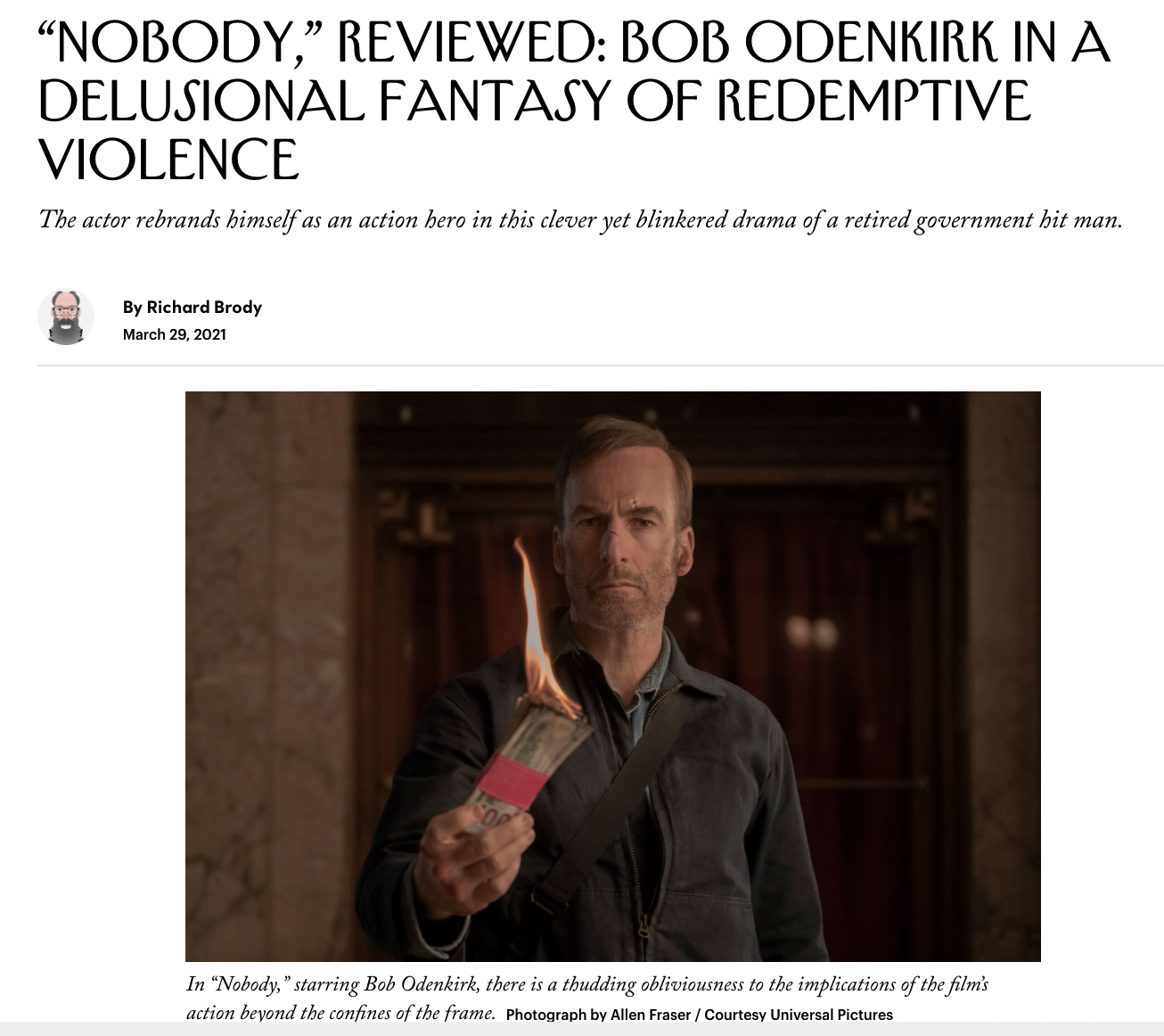