Jada Yuan‘s Vulture profile of Stevie Nicks reminded me that my ex-wife and I lived next to her in ’87 and early ’88. Our homes were way up in the hills on Franklin Avenue, and I presume this was during one of her coke periods because I remember she used to sing late at night, and with a heavily amplified system that was loud enough to disturb our slumber. One night it was so loud that I said “eff it” and walked over and knocked on her door. It was something like 1:30 am, and as I approached her home I was thinking of a phrase that some rock journalist had used to describe Nicks: “The epitome of the pampered hippie princess.” 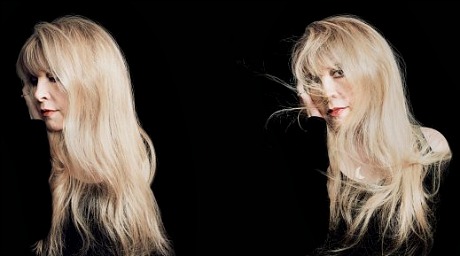 A pretty boy in a white T-shirt and jean cutoffs came to the door and I explained the deal. “It’s a little late, man…you know? Up until midnight, cool, but not at 1:30 am…okay?” He didn’t argue and went “uh-huh” and “yeah, I hear you” and that was it. She never shattered neighborhood glass with her sonic waves again.