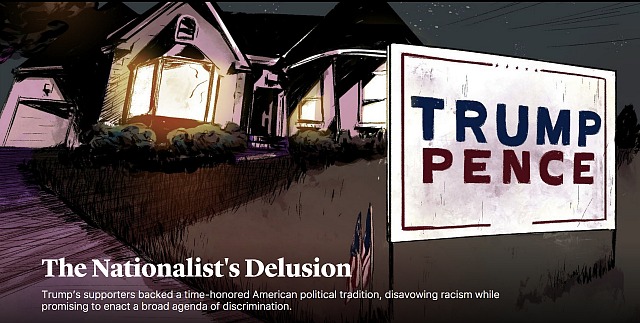 “The specific dissonance of Trumpism — advocacy for discriminatory, even cruel, policies combined with vehement denials that such policies are racially motivated — provides the emotional core of its appeal. It is the most recent manifestation of a contradiction as old as the United States, a society founded by slaveholders on the principle that all men are created equal.” “While other factors also led to Trump’s victory — the last-minute letter from former FBI Director James Comey, the sexism that rationalized supporting Trump despite his confession of sexual assault, Hillary Clinton’s neglect of the Midwest — had racism been toxic to the American electorate, Trump’s candidacy would not have been viable.”