Not A Big Deal

During the last 20 or 25 minutes of Peter Yates‘ The Hot Rock (’71), professional thief John Dortmunder (Robert Redford) arranges for a deep-voiced hypnotist named Miasmo (Lynne Gordon) to put an unsuspecting safe-deposit-box teller into a kind of waiting trance state.

The trigger term that will make the teller obey any command is “Afghanistan bananistan”, a deliberately silly invention (presumably dreamt up by screenwriter William Goldman)…a noun-switch takeover in the same vein as “Oscar schmoscar”…obviously.

It goes without saying that there’s no reason on earth for Miasmo to have invented a similar-sounding term, “Afghanistan banana stand.” Why would she do that? Even with a silly attitude what do bananas have do with Afghanistan? Has anyone ever heard of a Kabul fruit seller restricting his goods to just bananas? It’s lame — a needlessly literal term when the much simpler “Afghanistan bananistan” will suffice.

And yet the Hot Rock Wikipedia page nonsensically claims that Miasmo says “Afghanistan banana stand”, and now a copy writer for the Criterion Channel has parroted this interpretation. Can we please nip this one in the bud? “Bananistan” is standard form — “banana stand” is ridiculous. 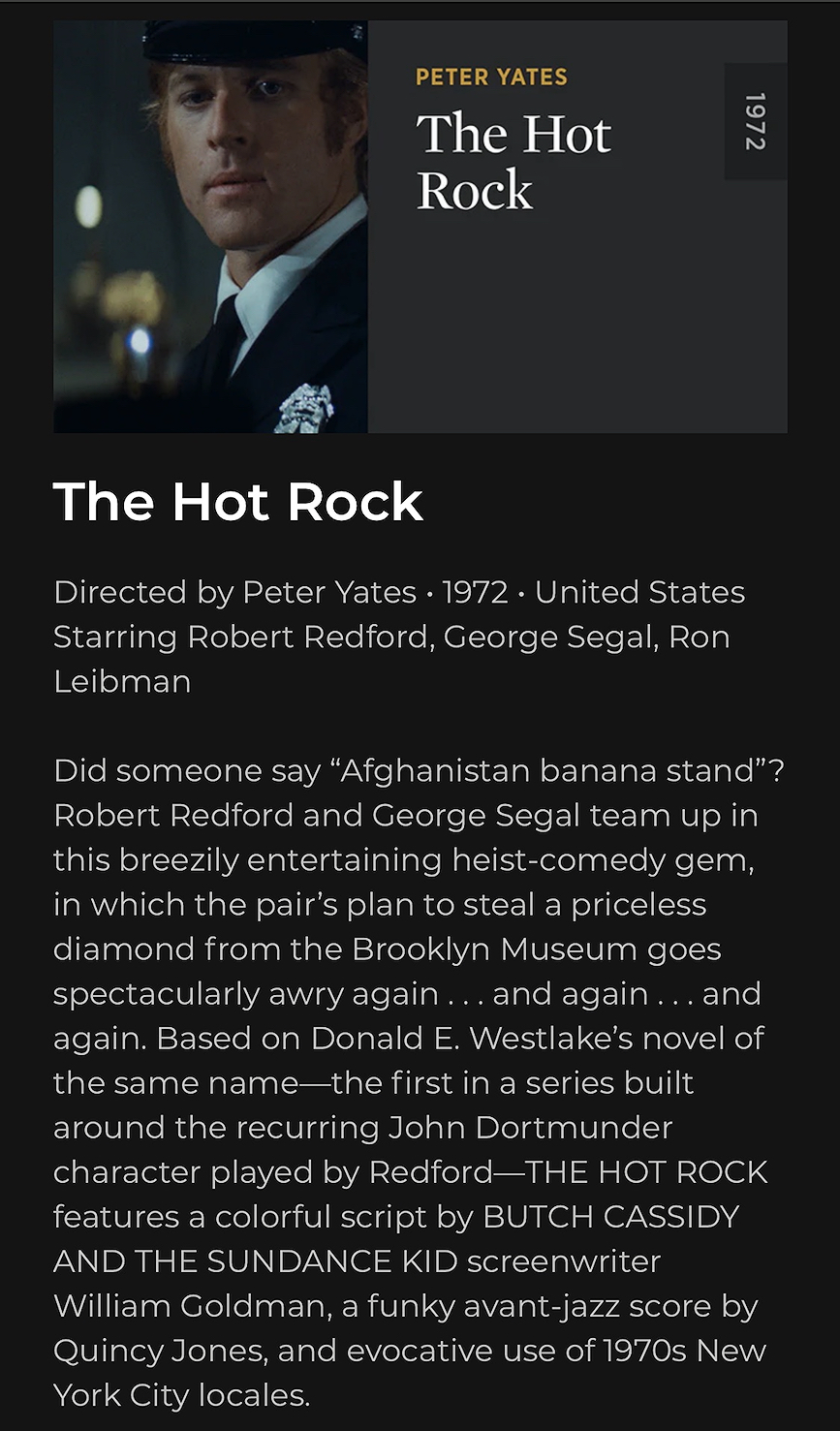 May 9, 2021by Jeffrey Wells26 Comments
« Previous post
Great “Cut The Horseshit” Scenes
Next post »
“A Voice of Common Sense”