I finally saw Alan Ball‘s Nothing Is Private this afternoon, and there’s no question about it being smart, thoughtful and high-grade. It’s not 100% flawless (I had two or three speed-bump issues) but it’s certainly a sturdy, complex character drama that’s 100% deserving of respect. It’s obviously one of the most original, daring films about adolescent sexuality ever delivered by a quasi-mainstreamer. It’s also a sharp look at racism (and not just the American-bred kind) and a sobering portrait of the rifts and tensions between American and Middle-Eastern mindsets. 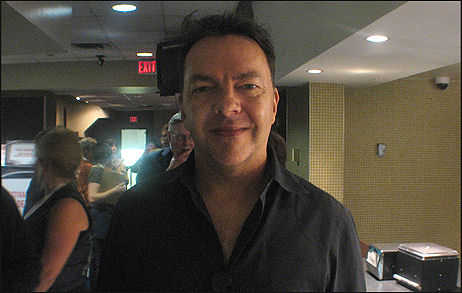 And all of this out of a fairly simple period drama, set in a Houston suburb around the time of the Gulf War, about a 13 year-old half-Lebanese, half-Irish girl named Jasira (Summer Bishil), and what happens as she gradually decides, under the fiercely oppressive watch of her Lebanese dad (Peter Macdissi), to explore/ indulge her budding sexuality with two older guys — a randy but nice-enough African-American high schooler in his mid teens (Eugene Jones) and a sleazy neighborhood dad in his early 40s (Aaron Eckhart).

It’s based on Alicia Erian‘s “Towelhead,” a respected novel that was published three or four years ago.

The word around the festival is that Nothing Is Private is a problem movie because of the sexual stuff, and the latter relationship in particular. (“It’s too shocking and disturbing to get a strong release…nobody serious will dare touch it,” one guy opined earlier today). But it’s not exploitation…not even a little bit. It’s a smartly written thing with all kinds of intrigues, balances and counterweights built into each character, and an earnest residue of humanity seeping through at the finish.

Even Eckhart’s character, scumbag that he is, has tics and shadings that make him more than just a thoughtless statutory rapist. Even Jasira’s dad, a dictatorial racist thug of the first order, comes off as somewhat sympathetic at times. And each one is his own way cares for Jasira. And despite the dark sexual currents (and as odd as this sound), it’s also a fairly amusing film. Really. It’s really boils down to being a “neighborhood folks and their quirks” movie that…okay, is a little bit icky in two or three scenes but isn’t nearly as icky in a general sense as you might expect. 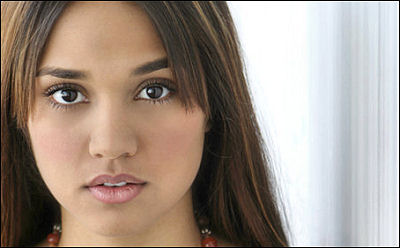 Summer Bushill in Alan Ball’s Nothing Is Private

Ball is careful not to fetishize Bushill’s Jasira character in any way, shape or form. She’s naked in a few scenes (doing the deed, getting pube-shaved, etc.) but next to nothing is “shown.” Bishil was 17 or 18 when the film was shot (she just turned 19 last July), and Ball has been very, very careful about not including anything that might be construed as even a faint turn-on.

Her acting throughout the film is somewhere between fine and quite good for the most part, but she also has scenes here and there that feel underplayed and awkward. Plus she looks tiny as hell — she seems about as tall as a typical eight year-old — and that’s obviously discomforting, given the context.

And I wasn’t that big on Newton Thomas Sigel‘s cinematography, which is all shadowy and burnished and amber-lit. It seems affected. Surburban Houston neighborhoods are dull, flatly-lit places (I’m sorry to say I’ve visited them), and I don’t see the point of trying to make the film look like the Vito Corleone sequences in Gordon Willis‘s The Godfather, Part II.

There’s no distributor on board (as far as I know), but why isn’t there at least a bare-bones Nothing Is Private website? And why can’t I find any photos?

But this is a film that definitely deserves a better rap than it’s been getting so far. It’s Alan Ball-ish every step of the way, and for me that means highly observant, well-acted, piercing, occasionally trippy and respectful of human beings. There are two TIFF press and industry showings happening tomorrow, so we’ll see what happens.