To not connect the below logo with the spirit of Howard Beale and the special (though now anachronistic) energy and poetry of Paddy Chayefsky’s Network is to truly miss the point of…Jesus, where do I start?

Peak Beale described himself as shatteringly alive, at one with nature and the universe and a vessel of crackling electrical energy. He claimed with some conviction to be imbued with the cosmic spirit that Hindus call “prana” —a state of knowing and being that is spaceless and timeless and aglow with “oh, such loveliness.”

For like anyone touched by satori, Beale had recognized he was merely a conduit for that which flows and surges through every living atomic particle in the universe, humming and throbbing with eternal energy and attuned to the cosmic altogether.

Herman Hesse, Aldous Huxley, Alan Watts, John Lennon, George Harrison, Donovan, Timothy Leary…they all knew and recognized Howard as one of their own.

I feel Beale-ishness within me. I always have. I say this as a survivor of alcoholism (in myself, my dad and his father before him) and a grateful graduate of the LSD school of the Baghavad Gita. 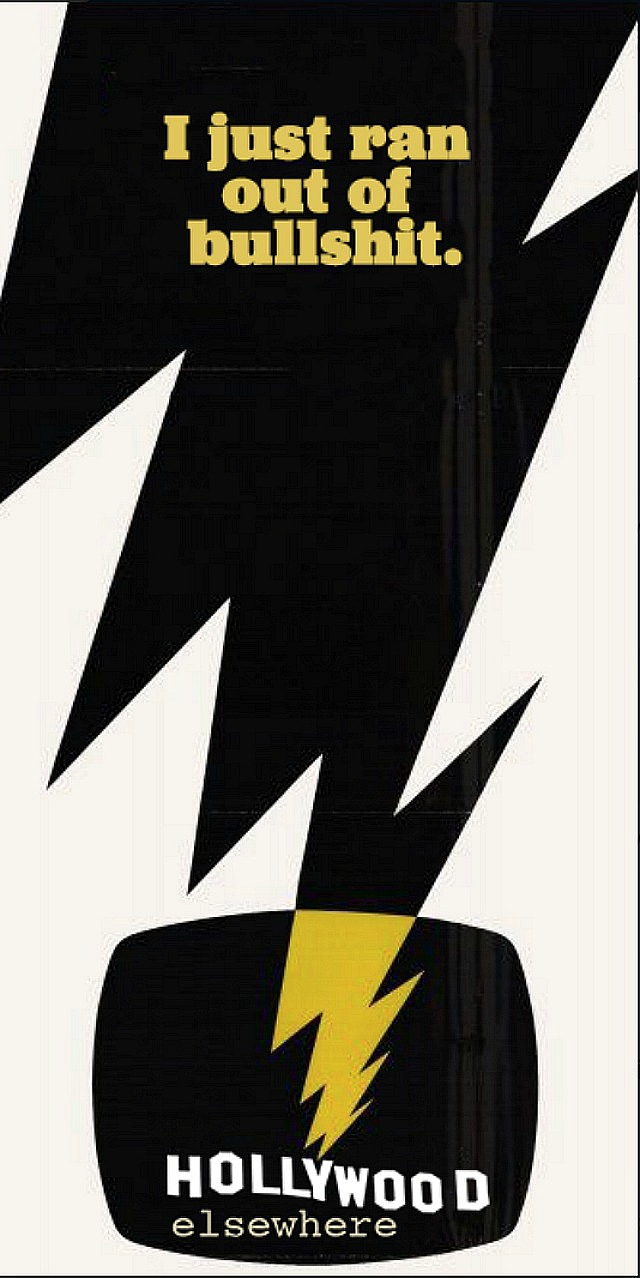 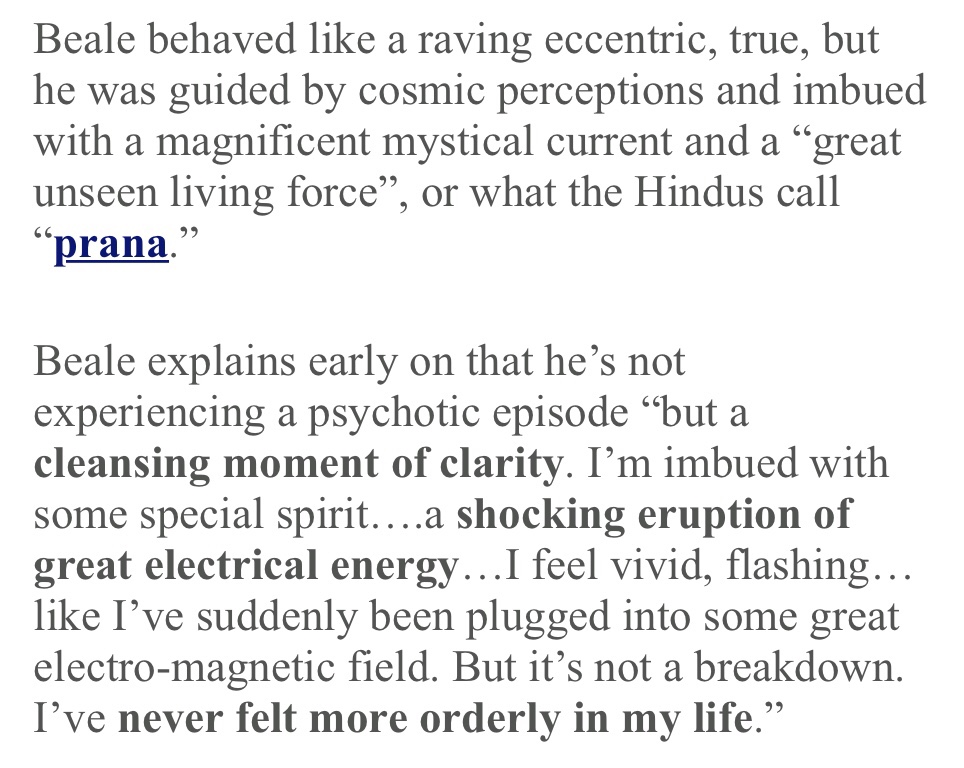