How do you go from being a tough, provocative director of respected envelope-pushing dramas to a seemingly flailing director of wildly miscalculated embarassments? That’s what Otto Preminger managed to do between the mid ’60s and mid ’70s. Many great directors lost their touch or their edge when they got older (Elia Kazan, Francis Coppola, John Frankenheimer, Billy Wilder, Alfred Hitchcock, Elia Kazan, John Schlesinger), but only the once-great Preminger appeared to literally lose his mind, or certainly his judgment. 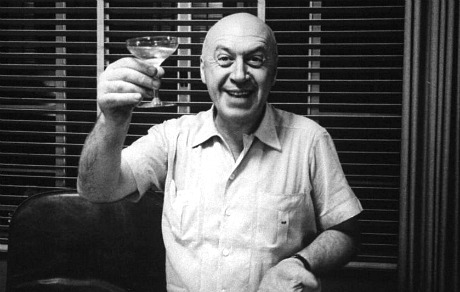 I’m reminded of this by the recent DVD release of Such Good Friends (’71) and the forthcoming DVD of Skidoo (’68) — two of the worst films ever made by a “name” director during Hollywood’s counter-culture flirtation. Not to mention the painfully campy Hurry Sundown (’67), the altogether dismal Tell Me You Love Me, Junie Moon (’70) and the catastrophic Rosebud (’75), which has never had a domestic DVD release.

Okay, Preminger redeemed himself somewhat (or at least slightly) with his final film, The Human Factor (’79), but the ’67-to-’75 damage has been so deep and wounding that it almost didn’t matter. What other director has lost it this badly during the final laps?