“Hunter Biden is a fallen man at this point. I knew Hunter Biden fairly well. We lived near each other in Washington for quite some time. And his wife, who’s an absolutely outstanding person…a good person. I never thought Hunter Biden was a bad person. I thought he had demons, but [during] the time I knew him he kept them mostly under control. At some point he lost control of those demons, and the world knows that now. He’s now humiliated and alone. It’s probably too strong to say that I feel sorry for Hunter Biden, but the point is [this]: Pounding on a man…jumping on, piling on when he’s already down is something we don’t want to be involved in.” — Tucker Carlson last night.

Tucker Carlson, who has spent the past two weeks obsessing on the Hunter Biden emails, now says it’s time to leave Hunter alone:

“The point is pounding on a man, jumping on, and piling on when he’s already down is not something we want to be involved in.” pic.twitter.com/25bwCBiSiN 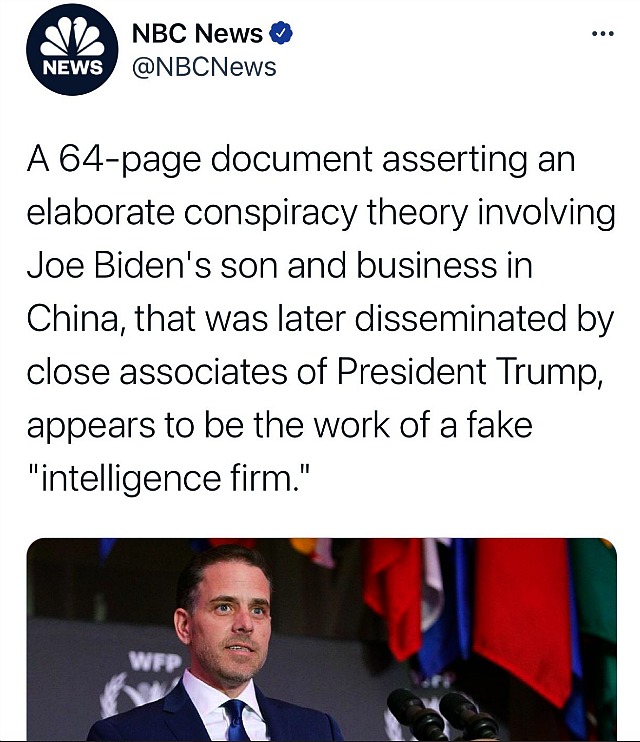 October 30, 2020by Jeffrey Wells47 Comments
« Previous post
The Past Must Be Transformed Into Now
Next post »
Anti-Bolshevik Classic