Paul — I’m a contented owner of a Criterion Bluray of Lindsay Anderson‘s “If…” I recently re-watched it, and I was just swooning over the arc of it, the disciplinary culture that Mick Travis (Malcolm McDowell) and his two irreverent roommates and spiritual brothers-in-arms are less and less tolerant of…actually five when you count the dark-haired girl and the young blonde gay kid…the way it blends myth and romantic fantasy and sexuality and then escalates into surrealism and metaphors of violent revolution and finally explodes with outright murder and gunfire and grenades without actually, literally killing anyone.

It’s really quite phenomenal how it articulated the dreams of social upheaval that were simmering and percolating in the late ‘60s without actually embracing anything that could be called literally or pragmatically “political”…it was all a delirious sort of irrational longing or play-acting…a young man’s dream movie…a dream that was part poem, part mysticism, part loathing of strict Bible-quoting authoritarians, part snifters of brandy, part pot & psychedelia, part Paul McCartney‘s moustache, part black hat and cloak, part “Roland the headless Thompson gunner” in the Belgian Congo, part SDS, part homoeroticism from a distance, part William S. Burroughs…what a dive into the pool.

And then I came upon this “If…” review you wrote in June ‘69, and I can’t help but wonder how you could have possibly back-handed this film, which may have over-played or under-played in one way or another but was clearly channeling what was happening at that strangely unsettling, occasionally magical moment in time. 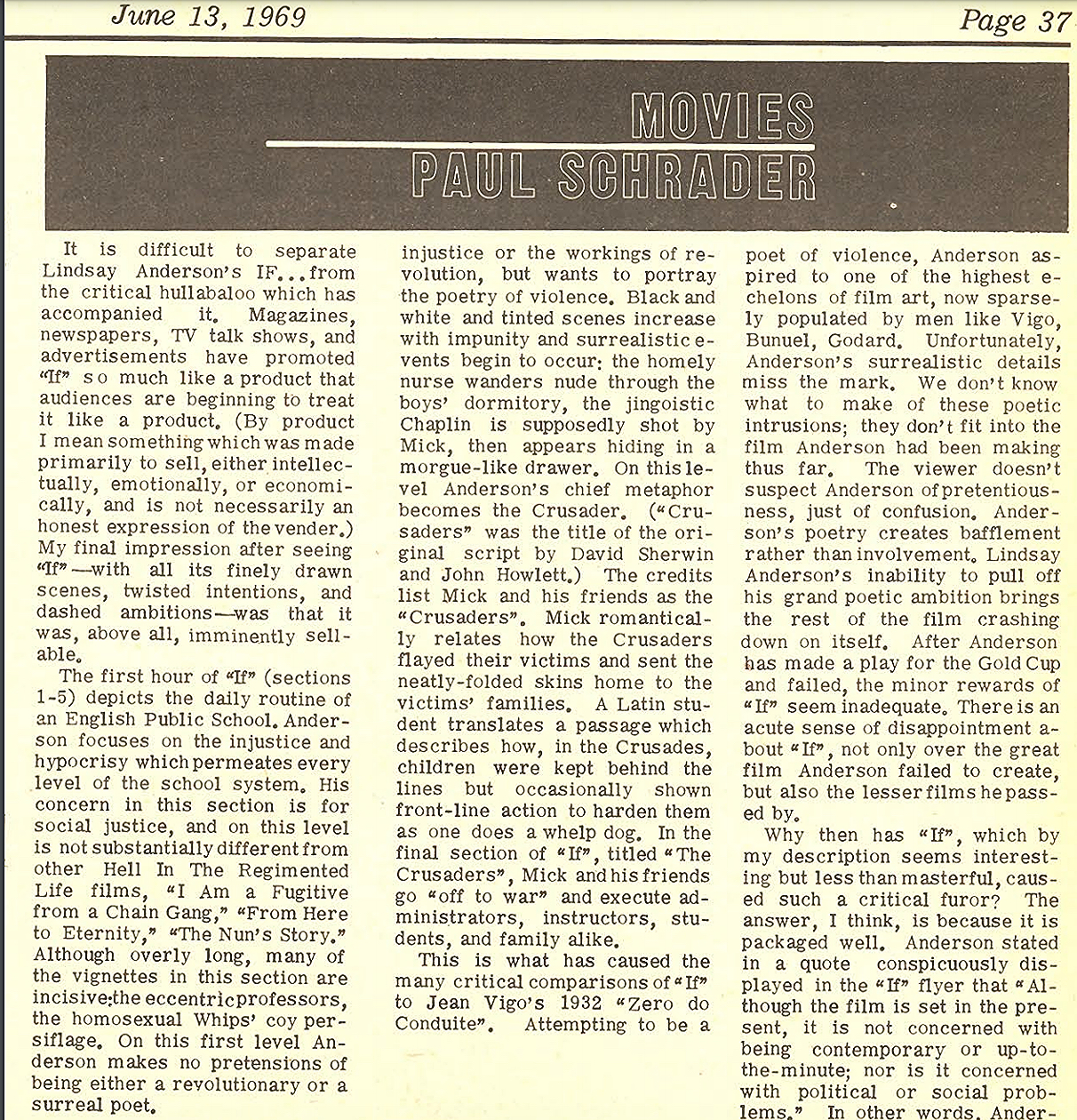