…that no one and I mean no one will have the nerve to ask during this evening’s post-screening q & a.

Thanks There’s no disputing that Beanie Feldstein‘s performance as Monica Lewinsky (particularly that look of shock and intimidation and primal fear) is fully present, and obviously skillful and affecting.

But for a miniseries in which the makeup department used every trick in the book to make the actors look as much as possible like the character they were playing (especially in the matter of Sarah Paulson‘s Linda Tripp), they were given a hopeless task when it came to Beanie. I’ve seen all seven episodes thus far, and her lack of resemblance has thrown me each and every time. Why then?

The apparent idea was to emphasize Beanie/Monica’s victim status…the huge gulf between mousey little Beanie and Clive Owen‘s silky Bill Clinton…doubling-down on Clinton’s opportunism and sexual exploitation. But if a gifted actor with at least a slight physical resemblance to Lewinsky had been cast, the miniseries would have been that much better. 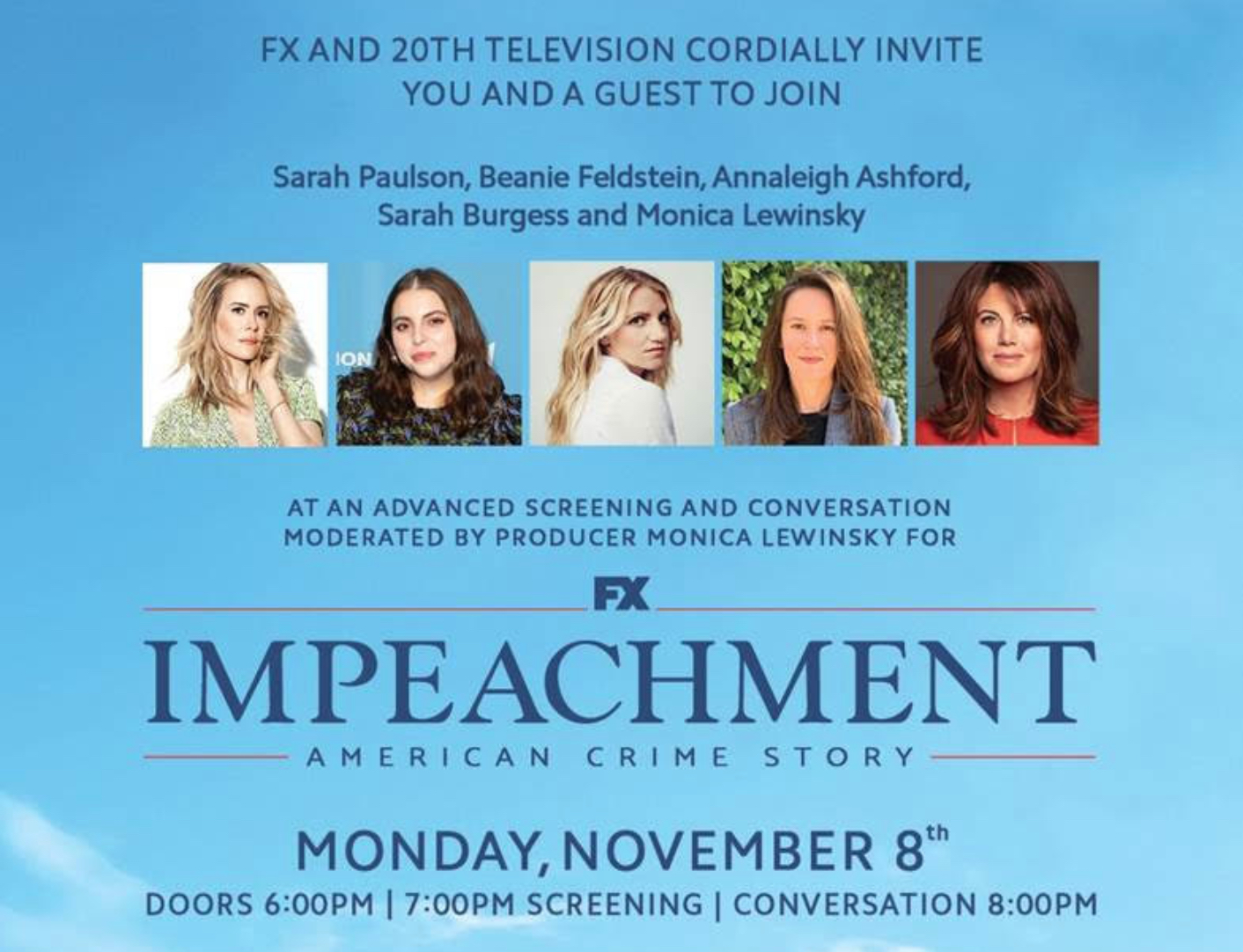