One of Biggest Collapses in Award-Season History

With Steven Spielberg‘s The Post about to appear on Bluray in a few days, it’s an opportune time to recall just how decisively this journalism drama, which almost everyone admired, was ignored to death in the 2017 Oscar race.

Every Gold Derby and Gurus ‘o’ Gold spitballer predicted that The Post would be a hot Best Picture contender, at least among the 50-plus set. Indeed, it gathered a Best Picture Oscar nomination along with a Best Actress nomination for the formidable Meryl Streep. On top of which the National Board of Review honored The Post as 2017’s Best Film, and it received six Golden Globe noms including Best Motion Picture, Drama.

But the real story, unknown at the time by business-as-usual critics and prognosticators, is that the New Academy Kidz were determined to deep-six The Post because it was too Oscar-baity, too boomer-friendly and too “who cares?” 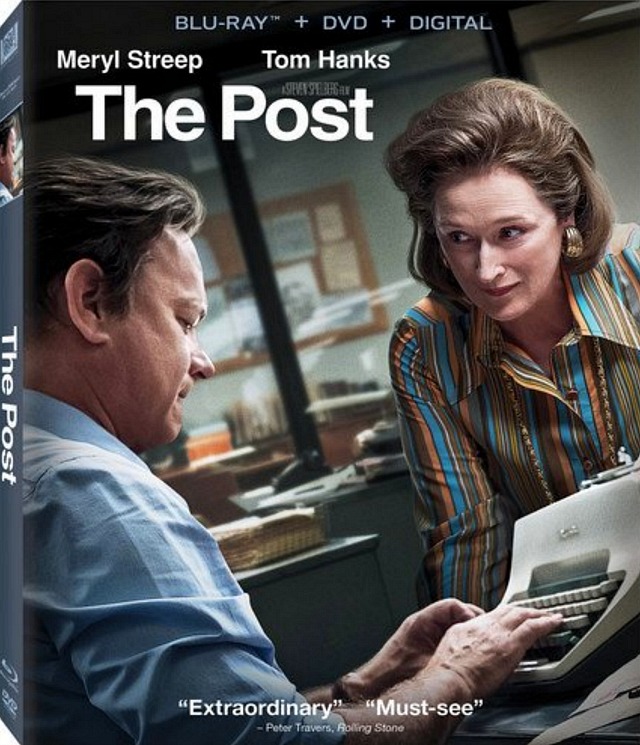 Hollywood Elsewhere has just learned that a secret NAK meeting was held at a private residence in Burbank last November, and that the NAK leadership used this occasion to explain and ratify its basic agenda.

“The Post is exactly the kind of lofty, self-important, high-toned Best Picture contender that we don’t want to give Oscars to any more,” the NAK chairman said in a speech to approximately 175 members, according to one witness. “And perhaps not even nominate. The old white farts who used to run things are being put out to pasture, and we’re the new crew…younger and more diversified and trying to tip the vote in our direction, however and whenever we can.

“From here on we’re going to do what we can to undermine high-dignity movies and support films that we like, and that might mean horror films, cheeseball genre movies, Creature From The Love Lagoon fantasias…anything that doesn’t walk or talk like traditional, Kris Tapley– or Tom O’Neill-sanctified Oscar bait material…the kind of film that those National Board of Review geezers will salivate over sign unseen.

“That kind of movie represented by The Post may not be completely over and done with as far as the Oscars concerned, but it sure as hell won’t get any more carte blanche Best Picture nominations from here on in. Not from us, it won’t. Because we’re the New Academy Kidz, and this is our moment.”