Once Upon A Girl-Power Time 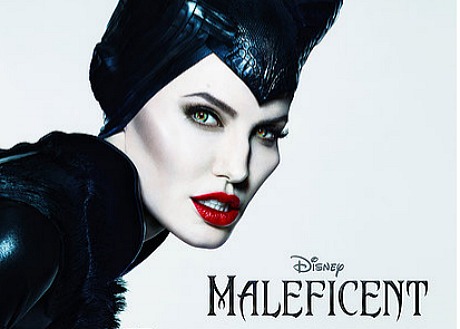 All the men in Malificent are either foul, stupidly aggressive, evil-incarnate types (Copley, Kenneth Cranham‘s King Henry) or marginal supporting characters (Sam Riley‘s Diaval, whom Malificent turns into a raven or dragon, depending on the need) or boy-toy cameos (Brenton Thwaite‘s Prince Phillip, hired to look good but playing next to nothing).

I don’t need males to be the shining heroes or saviors of anything but I didn’t believe a word of Linda Woolverton‘s Malificent script — it’s not an organically reinvented or reborn myth as much as a stab at formulaic feminist reconstruction that is solely about selling tickets.

Jolie is fairly enjoyable and certainly visually striking as Malificent, Elle Fanning does a lot of radiant beaming and alpha-shining as Princess Aurora, and every shot in the film is very nicely CG’ed and visually handsome and pictorially balanced, but that was a given, I suppose, with the hiring of Robert Stromberg, the accomplished visual FX guy and art director (Avatar, Alice in Wonderland, Oz the Great and Powerful), as director. Disney spent $180 million on this thing? Wow. At least it’s over within 97 minutes.

I particularly enjoyed the CG work in the presenting of the three little pixie-fairie babysitters, which artfully reshapes and cartoonizes the real-deal faces of Imelda Staunton, Juno Temple and Lesley Manville (a good paycheck gig that no doubt came out of her unsuccessful Best Actress campaign for her performance in Another Year).

Maleficent is a mostly pleasant but negligible thing for the most part. It’s nowhere near original enough to make any kind of real mark. I felt no hate or annoyance and at times I even felt a certain grudging admiration for the difficult technical work that went into it.