Buncha stuff to do today requiring organic physical movement (driving, signing things, shaking hands, eyeballing people and movies) so that’s it for a few hours. But before I take off, there’s this apartment at the Hotel Miramar in Cannes — right on the Croisette, possible Mediterranean view, two buildings down from the Carlton — that sleeps four festivlalgoers (questionable) and, from 5.13 to 5.24, is going for “only” 4600 euros, or close to $7000 U.S. dollars. Or so I was told yesterday. 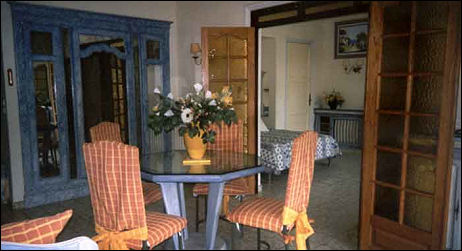 Even if I had that kind of scratch…I don’t know. Four people crammed into what looks like two bedroom apartment? I could buy a better motorcycle for $7000. I’m paying $1500 U.S. for a nice apartment share at 14 rue Juliette, right off the rue d’Antibes. Europe is a rip right now.