Oscars Won’t Seem Quite So Dead If…

Variety‘s Owen Gleiberman: “The biggest hurdle the Oscars face, especially in the time of a pandemic accompanied by a streaming revolution, is that the films that tend to be nominated are winning a smaller and smaller slice of the audience.

“[If] the nominees include Belfast, The Power of the Dog, Licorice Pizza, The Lost Daughter and The Tragedy of Macbeth, that will read as a roster straight out of the too-smart-for-school megaplex.

“I’m not saying don’t nominate those films. I’m saying that if those are the only films nominated, it’s going to be another year of the Oscars’ slow-motion implosion. Would it really be such an unspeakable vulgarity this year for the Oscar slate to include Spider-Man: No Way Home? Not as a token mainstream gesture but because it’s a film that honestly meant something to the larger public. Why has this become such an insane idea?

“What’s actually insane is leaving a movie like that one out of the mix. If the Oscars want a future, it would be a shrewd strategy for them to not inflict the death of a thousand cuts on themselves by using the dagger of elitism.”

HE to Gleiberman #1: Which Twitter elitists have insisted that handing a Best Picture nomination to Spider-Man: No Way Home would be “an insane idea”? I’m presuming we’re talking about the same dweebs who believe that Drive My Car is the film of the year, but…

HE to Gleiberman #2: If one of the nominees is King Richard, no one will think this is “straight out of the too-smart-for-school megaplex.” There are two family movies in Best Picture contention this year — one is excellent, the other less so. King Richard is the excellent one. 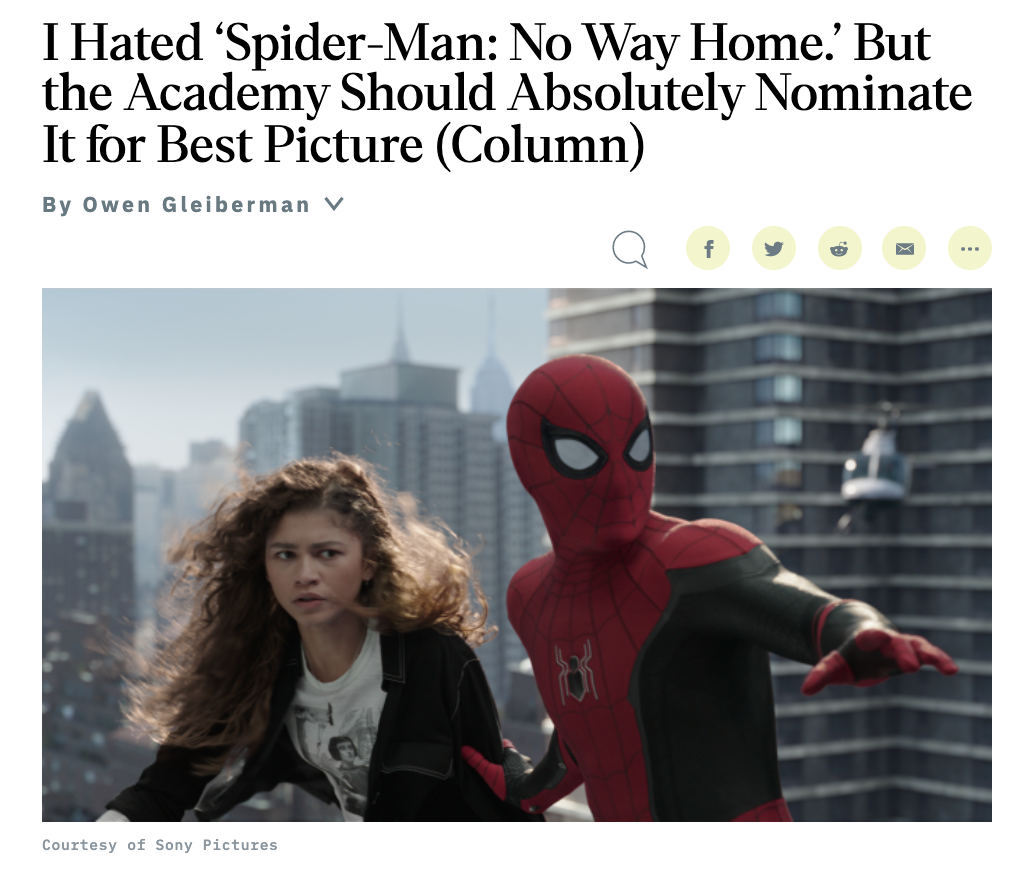