Australian director Richard Franklin, a very skilled and exacting craftsman who was best known for thrillers such as Roadgames (an excellent genre piece; reportedly a favorite of Quentin Tarantino‘s), Cloak and Dagger, Link, Psycho 2 and F/X2, died of prostate cancer in Melbourne on July 11th. The poor guy was only 58. 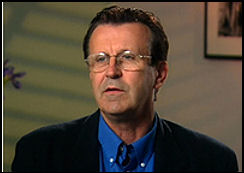 I got to know Franklin a bit when I was working at Cannon Films in ’87 and writing the press notes for Link, which I rather liked. (Before the press screenings at Cannon we used to play The Kinks’ “Ape Man”as a sort of overture.) I remember telling him once that I really admired the very careful photography and perfectly- timed editing that went into Link. He was very grateful to hear this, but added that making a film turn out just so was very hard work.
Terrence Stamp, who starred in Link, told me during a Limey interview seven or or eight years ago that Franklin was very tough on film crews.
Director Phillip Noyce called from Australia to say he didn’t really know Franklin, having met him only once. Filmmakers from Melbourne (where Franklin resided) and Sydney don’t travel in the same circles. He said that Franklin was the first Australian director to demand his own on-set director’s chair, which, before this happened sometime in the late ’70s, had been an unknown thing in Australia.
Franklin was a lifelong Alfred Hitchcock devotee, and you could sense this in the style and language of many of his films. This “Senses of Cinema” piece by Aaron Graham is a good appreciation. 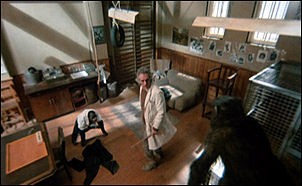