Yesterday Robert Rossen‘s The Hustler celebrated its 60th anniversary. It opened on 9.25.61.

And yet for decades I’ve felt irked by the script’s nagging moral undertow, voiced by Laurie’s Sara character. In an Act Two scene (a picnic), Sara marvels at Eddie Felson’s gift for pool-shooting (“Some men never feel like that”), and yet she berates him for playing for money. What’s Eddie supposed to do, become a bus driver or short-order cook and play for free on weekends?

And I’ve always been irritated by the grim expressions of McCormick’s Charlie. Once Felson starts playing Minnesota Fats in the temple of Ames Billiards, Charlie seems intimidated and bummed out by the stakes, the vibe…by everything. Shuftan’s elegant cinematography tells you what a joy the game can be, but Sara and Charlie do nothing but groan and lament. They’re a drag to be around. 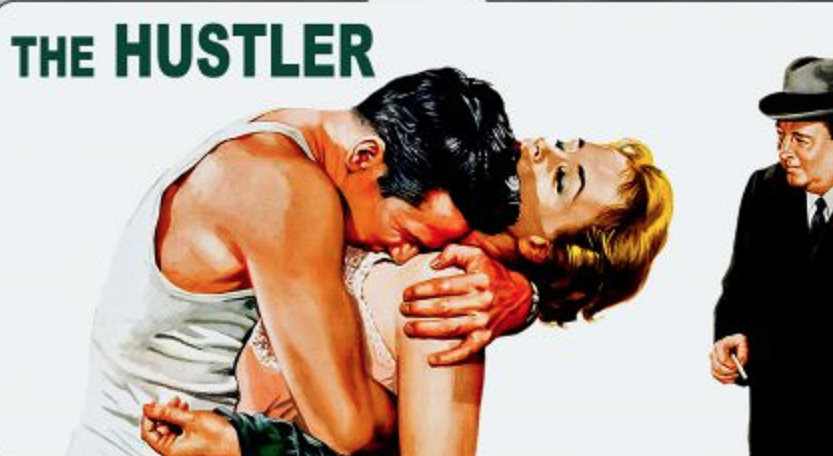