It was early and I hadn’t had yet the coffee, but my first reaction to the Pitt-Jolie twins photo, which People and Hello! reportedly paid $14 million for, was that Brad is starting to acquire a little bit of that puffy-faced, man-did-I-tie-one-on- last-night, Nick Nolte thing. In profile, at least. The second was that Vivienne Marcheline, whom I presume is on the left, is now the third family member to have those lips that launched a thousand ships (along with mom and Shiloh). The $14 million will be donated to charities. 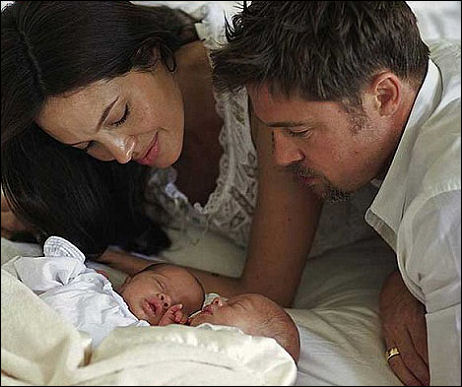