It seems nothing short of surreal that the MGM Home Entertainment guys would choose to offer an exclusive special reduced price to Walmart shoppers on their recently released Bluray of William Wyler‘s The Big Country (1958). Walmart shoppers! Surely the lowest of the low in terms of having a cultivated appetite for classic westerns and particularly in terms of knowing what a truly special thing it is for a large-format Technirama film to be transferred to Bluray. 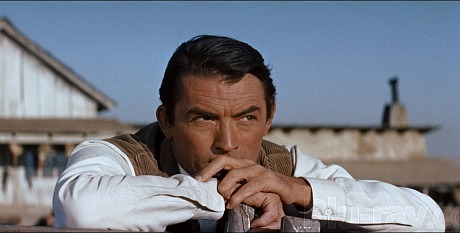 You can buy The Big Country Bluray on Amazon for $24.99 (which is what I did early this morning), but the Walmart crowd can buy it online or in their stores for less than $10 bills. There’s a part of me that wants to drive down to the Baldwin Hills Walmart (i.e., the closest one around) and pick up a copy today. Because for me, a first-rate Bluray transfer of a late 1950s Super Technirama film, particularly one as pastoral and meditative as The Big Country, is a very big deal.

On 6.2 Bluray.com’s Jeffrey Kaufman called it “a mostly spectacular looking 1080p transfer…the widescreen, large format Technirama image is perfect for the high definition medium, and…the depth of field is nothing short of awesome throughout this film, with vistas that extend for scores of miles…clarity and precision are first-rate throughout the bulk of this film, and fine detail is excellent, with gorgeously saturated color.”

For those who aren’t up to speed, here’s an explanation from a Home Theatre Forum guy: “Technirama was essentially VistaVision combined with anamorphic lenses to produce a CinemaScope widescreen image that could then be converted to 35mm CinemaScope prints or unsqueezed and blown up to Super Technirama 70.

“VistaVision and Technirama recorded a large format image by running 35mm film through the camera horizontally, so that each frame was 8 perforations widrather than 4 perforations tall, as in a regular vertical pull down 35mm camera. 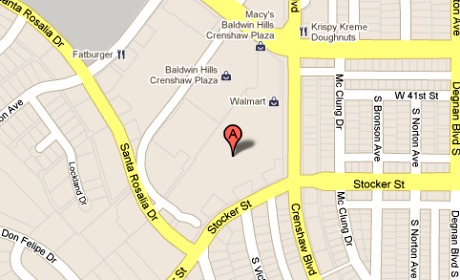 Location of the closest Walmart in my sphere. The ghost of William Wyler is bouncing off the walls in heaven. “My 1958 Super Technirama western, one of the most handsomely composed films I ever shot, is being offered on a special reduced rate to effing Walmart shoppers….God! I was no snob during my lifetime but who offers a specially priced Chateaubriand to people known for their patronage of KFC and McDonald’s?”

“This method of exposure increased the size of each frame by about 130% compared to 35mm anamorphic systems like CinemaScope, but was still 28% smaller than 65mm systems like Todd-AO and Super Panavision 70. Effectively you got a lot of the benefits of shooting in a 65mm format, while still using 35mm film.

“Separation masters are essentially a film ‘back up’ of the original camera negative made on black and white film. There are three elements, one each for the yellow, cyan, and magenta components of the colour spectrum.

“Since these elements are B&w film, they don’t fade the way early Eastmancolor negatives do. The separations can be recompiled to produce a new preservation negative of the film that doesn’t have faded color.”

Walmart thought from HE reader: “I am a person who refuses to shop at Wal-Mart, absolutely refuses. Never shopped there, never will. But would good deals on Blurays potentially bring in some new customers? Sure. Absolutely. And it’s part of a whole luring game anyway. You come in for the Blu-Ray and you walk out spending a min. of $50 bucks, easy. On the genre front– a lot of conservatives love westerns. And they also love Wal-Mart. So I guess I don’t look at it so surprisingly. I know a lot of folks who have Bluray players. My wife’s dad is a prime example. He’s a conservative who loves his tech toys and once he got turned on to Bluray that’s all he buys. And you know where he shops? Costco and Walmart.”