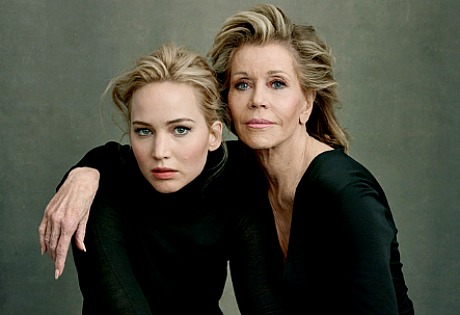 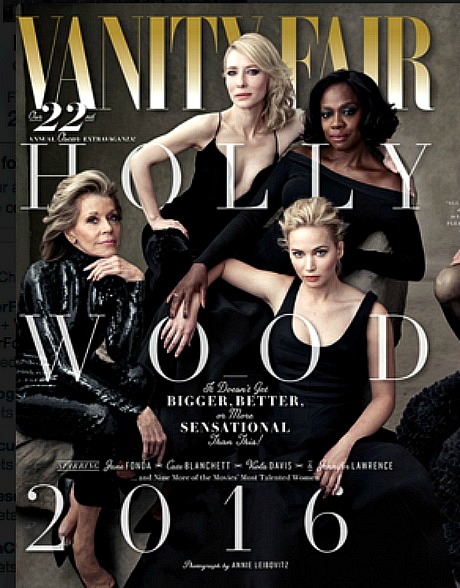 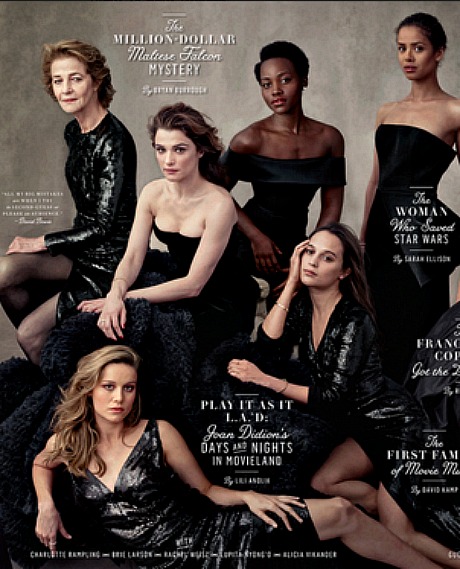 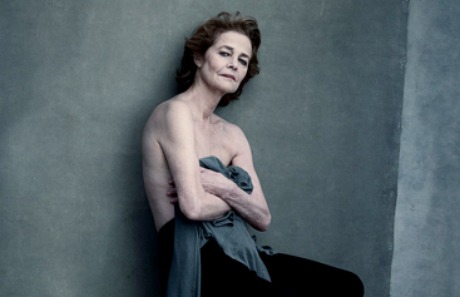 From “Vanity Fair Fade,” posted on 10.8.15: “I’ve been buying Vanity Fair for 30 years now. I can’t precisely pinpoint when I stopped reading it, but sometime within the last couple of years. Mainly because I’m always checking twitter or writing when I sit down at home. I used to read Vanity Fair on coast-to-coast flights but now I spend all my time online, writing or researching column stories.

“On top of which the articles have began to seem a little less substantial with more of an emphasis on girly, frothy, fashiony stuff. Or on people I can’t stand to look at. I know that I hate the all-fashion issue. I’m not saying VF has become a kind of lah-lah magazine that celebrates (or tries to instill a fascination with) wealth and fashion and loaded people who are spending their money on increasingly peculiar or arcane things. But it feels like it’s kinda going in that direction. More and more jaded crap.

“I just know that things aren’t the same. I know there’s a part of me that would like to stop buying the magazine altogether. Maybe that’ll happen someday.”

“1. Pieces on Jackie Kennedy and Marilyn Monroe. Both women lived compelling lives but enough is enough. They’ve been dead for decades and the continued coverage of their personal lives reads as both ghoulish AND dull. “The Lost Letters of Marilyn.” “The Secret Passions of Jackie.” Over and over again. I don’t care about ‘Repose at Doubleday’ or ‘What Joe DiMaggio Never Got the Chance to Say.’ It’s 2015 — how about something on Martha Hyer? She’s a dead blonde. Or Grace Coolidge? She even had a pet raccoon!

“2. Pieces on hedge fund managers who are often Jewish, mostly assholes, and always obscenely rich. The occasional gaze into the tony lifestyle of someone who KNOWS LARRY SUMMERS! can provide a minor vicarious thrill but…these instances are rare. Hedge fund managers aren’t the most compelling of souls. You listen to them talk about money and immediately understand that erections rarely burden them. Also: these weasels are constantly and I mean constantly fighting with their neighbors over dock space at their Southampton estate. Occasionally, Vanity Fair would give me a break and write about someone fighting with their neighbors over Oyster Bay dock space and I’d hold off on the cyanide for another day. But after the paragraphs on Wharton and learning to tie a tie despite already accumulating millions and the first divorce that led to a 3-week retreat at a Taos monastery…after all this crap, you come to the coup de grace, a rumination on Mr. Monopoly’s three concurrent lawsuits because the dock he built for his garish yacht pissed off half of Suffolk County.

“I couldn’t take it anymore, baby. In between compelling pieces on Meryl Streep’s craft and The New China, Vanity Fair would hold me down for the Old Ludovico featuring JFK’s loose morals and The Man Who Saved Merrill-Lynch. I still pick up Vanity Fair at airports, hoping to mollify the trans-continental blues with some easy reading on fresh-faced starlets and the Westport mansion where, wouldn’t ‘cha know, Norman Mailer called Truman Capote a ‘fag’ and William Styron revised ‘Lie Downj in Darkness.’ Or something. They tend to blend together.

“But as long as financial institutions are TOO BIG TO FAIL, the men who head them will prove TOO BIG TO IGNORE and Vanity Fair will devote nine pages to their decidedly sub-Belfort antics. So join me in condemning the proliferation of the Wall Street machine if only to save the quality of the magazine I once admired dearly. Why subject readers to another piece on a be-suited freak who models his toupees on Reagan-era Michael Milken when we can instead enjoy another puff piece on the friends of Nicky Haslam? If the American common man benefits in the process, well, hell, we’ve done some great work.”