So this tough guy named Chris Knittel (ex-military for 11 years, currently trying to be an actor) announced on Facebook that he’d heard “mixed things” about Chloe Zhao‘s Eternals (i.e., had read that it’s the lowest-rated Marvel film of all time) and therefore announced it’s “time to see it for myself.” And Facebook decided that this post was “spam” and took it down.

Chris tapped out these words yesterday as the show was about to start. Obviously the slapdown is an algorithim thing but still…the word “mixed” is considered spammy? 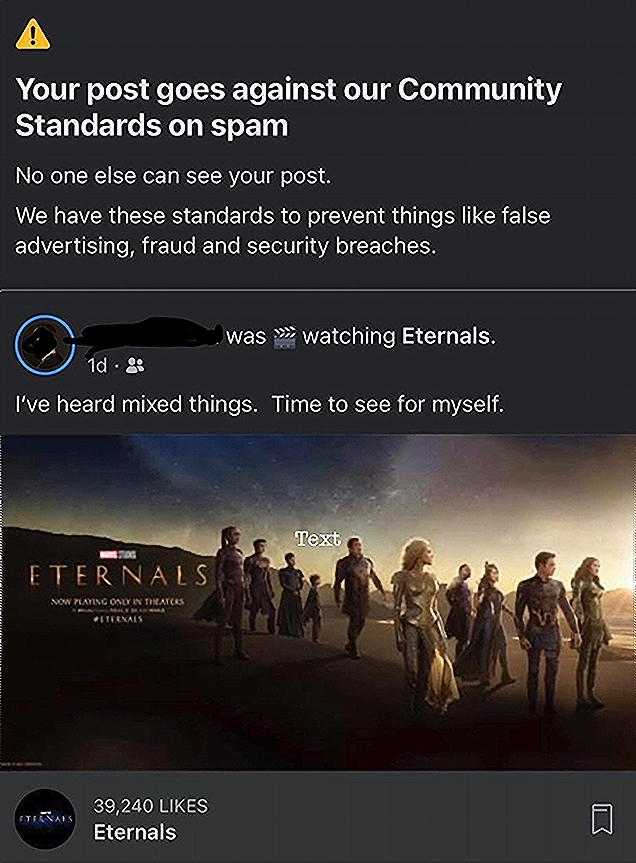 November 8, 2021by Jeffrey Wells17 Comments
« Previous post
“Even Professional Shills Hate It”
Next post »
I Don’t Get This