Barack Obama‘s successes in yesterday’s primaries “don’t just speak to his popularity as a Democratic candidate,” writes Time‘s Ana Marie Cox. “A close look shows a fundamental shift not just in who’s winning but in who is voting for the winner. 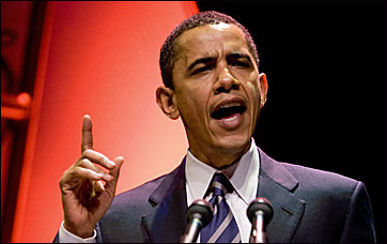 “Obama’s victory in Louisiana could be, if one were especially cynical, written off as success with ‘black voters.’ But what of Nebraska, just to take one example? Obama won the state 68 to 32; he won Nebraska’s second congressional district 77 to 23. And while it’s true that this district (my home district, by the way) encompasses the University of Nebraska and the capital (pointy-headed academics and whatnot), it’s also 80% white, with a mean household income of about $50,000.
“These are not latte liberals. They are just barely caffeinated. What’s more, 1,500 of the 10,000 those who voted in just Lincoln, registered that same day.”