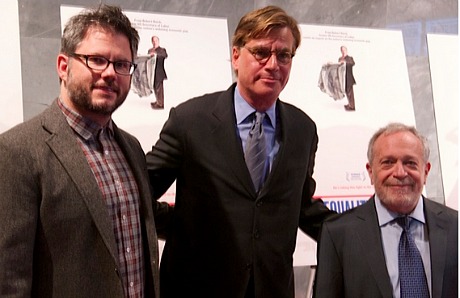 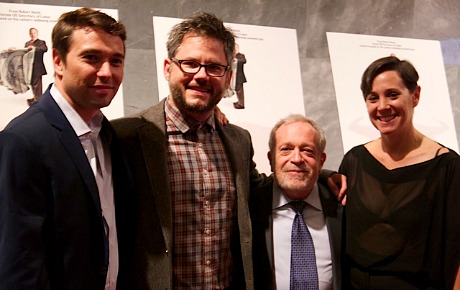 I meant to attend last night New York premiere but I had to fly back to Los Angeles on Tuesday. But I got in touch with invitee and filmmaker Shannah Laumeister (Bert Stern: Original Madman) and she sent along some photos.

I think Inequality For All is this year’s Inconvenient Truth — a brilliant, highly engaging, knowledge-expanding doc about a vital political topic that I really admired, was thoroughly engaged by and, to my surprise, was even emotionally moved by. The reasonable-minded Reich speaks primarily to the intellect but also to the heart. His words are clear, precise, sensible. Will the southern-region, trailer-park rurals pay the film any mind and consider that standing up for corporate-fellating Republican values is only going to make things worse for them in both the long and short term? Of course not. They’re going to keep electing guys like Ted Cruz as they try and push back the tide of multiculturalism (i.e., non-whites taking over and running everything). The Republicans demonize and the rurals lap it up — an American tradition.

The clean and efficient cinematography is by Svetlana Cvetko and to a lesser extent Dan Krauss.