Richard Shepard‘s I Knew It Was You is a longish short (40 minutes) about the late great John Cazale. He was a brave, talented, funny-looking character actor with a big forehead who didn’t last very long. His masterwork was creating the legendary Fredo — a pathetic but touching figure — in the first two Godfather films. He also played the psychotic, fruit-loopy Sal in Dog Day Afternoon, a guy named Stan in The Conversation, and another guy named Stan in The Deer Hunter. 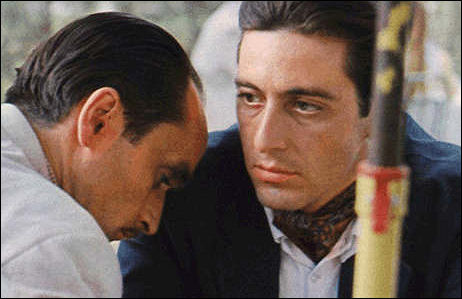 But Cazale is remembered by people who know) from great acting, by fans of classic ’70s films, and obviously by his friends and co-workers, most of whom appear in Shepard’s film — onetime girlfriend Meryl Streep, costars Al Pacino, Robert DeNiro, Gene Hackman; directors Francis Coppola and Sidney Lumet ; and modern admirers Phillip Seymour Hoffman and Brett Ratner (who’s also one of the producers).

I Knew It Was You, destined for HBO and due to play five or six times during the Sundance Film Festival, isn’t what I or anyone else would call a shattering work of game-changing genius. It’s just a straight, honest and eloquent remembrance of a very worthy and gifted man. Neat, trim and clean. Anyone who remembers and treasures the way Cazale made Fredo into one of the saddest and most pathetic little men of the modern cinema needs to see this. 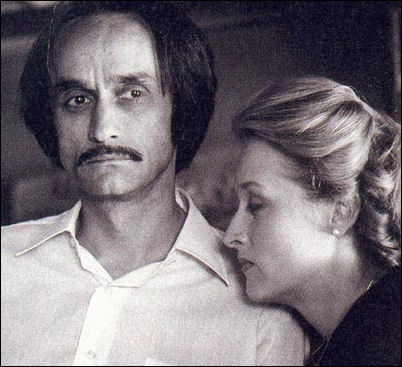 Nobody explains in the doc why Cazale’s Conversation and Deer Hunter characters were both named Stan.

The way Cazale crumpled down to a curb, hung his head and cried out “Papa! Papa” after Marlon Brando‘s Vito Corleone was shot on a street in Little Italy is one of the most memorable character-revealing moments in ’70s cinema.