The Permalink doesn’t work but Screen Grab posted a short item yesterday about Francis Coppola having begun to screen Youth Without Youth. The low-budget, European-shot film “was shown to invited guests at Lucasfilm’s headquarters in the Presidio” within the last couple of days, the copy reads. Here’s the uh-oh part: “The filmmaker’s invitation stressed that the movie, Coppola’s first in 10 years, is intended to be particularly personal, in keeping with ‘the great cinema of Europe and Japan that had first inspired me to become a filmmaker myself.” 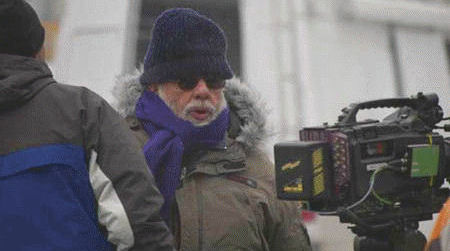 In other words, a possibility exists that Youth Without Youth — I’m very sorry to say this but I know the signs — is a Nuart one-weeker waiting to happen. It may not be this at all, of course (and I hope it isn’t), but the warning buzzer has sounded. When a filmmaker says to his friends (forget the press) that they need to adjust expectations before seeing it, you know it’s probably an incomplete salad of some kind. A director saying “it comes from my heart” always means trouble. I wish it were otherwise.

The official website synopsis says that Youth Without Youth stars Tim Roth “as Dominic Matei, a professor whose life changes after a cataclysmic incident during the dark years prior to World War II. Becoming a fugitive, he is pursued through far-flung locations including Romania, Switzerland, Malta and India.” The themes of the film, says Coppola, are about “time, consciousness and the dream- like basis of reality. For me it is indeed a return to the ambitions I had for my work in cinema as a student.”

One could deduce from Coppola’s remarks that Youth Without Youth may not have some or perhaps any of the usual qualities of strong narrative cinema — a punchy-grabby beginning, story tension, a gathering thematic weight, a great ending (surprising, darkly ironic, gently meditative) and so on. Or maybe it does and Coppola is just being coy. The film may be wondrous on some level. Coppola has said that creatively he feels like he’s 17. Maybe it’s a new L’Avventura of some kind. I don’t want to be cynical about this. I just know that whenever a filmmaker says, “Before you watch this film…,” it’s cuidado time 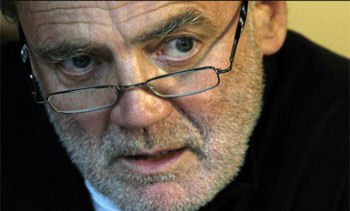 Somebody who was at the screening (or who heard from someone who was there) said that “all the talk at the party — in awestruck tones indicating that Coppola’s aim had been fulfilled — was about imagination and metaphor and vision.” It’s probably better to wait until someone who really doesn’t care one way or the other has a chance to see it and share a straight-from-the-shoulder reaction.