Four weeks from the Toronto Film Festival and the start of early Oscar season, and it’s becoming clear that certain films I put into the presumptive Oscar Balloon way back when have to be eliminated. I’m sorry but life is necessarily Darwinian at times, and handicappers like myself are merely agents of that process.
On top of which David Poland began running his Gurus of Gold chart today, and this goaded me into action. Poland is saying he didn’t invite me to participate this year because I resigned from last year’s Guru gang at the end of the Oscar road, sometime in late January or early February. And he’s right. I did quit. It became boring and tedious filling out those damn charts every week, and I finally couldn’t stand it. Of course, Poland is also playing his little chickenshit game by excluding me. 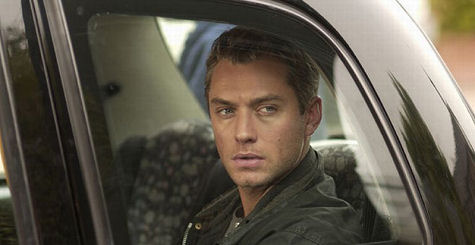 This is solely about Best Picture dismissals. Everything flows from this category, as a film not in contention for Best Picture (i.e., or one considered to be at least potentially in that game) rarely supplies serious contenders sparring in other categories, although exceptions do crop up from time to time. Of course, I could turn out to be dead wrong about one of these kills down the road, which means I may do a 180 and put a title back in.
Perhaps some of these films shouldn’t have been in the Balloon in the first place, granted, but I have to work with a starting template of some kind and felt it was bettter to be generous to a fault than not. The idea here isn’t to piss on these movies. I’m just saying that as good as they may be, they’re starting to like they Might Not Be Giants in an Oscar Derby sense.
< ?php include ('/home/hollyw9/public_html/wired'); ?>
Best Picture Kills:
(1) The Departed (Warner Brothers / dir: Martin Scorsese). Reason: Any film that isn’t going to the Toronto Film Festival by the call of the distributor almost certainly has issues of some kind, so barring a miracle hard-luck Marty is once again out of the derby. (Poor guy can’t seem to catch a break in this regard.) This isn’t to say it won’t be a commendable, enjoyable or successful film otherwise. Cast: Matt Damon, Leonardo DiCaprio, Jack Nicholson, Vera Farmiga.
(2) Breaking and Entering (The Weinstein Co./dir: Anthony Minghella). Reason: A contemporary London drama that automatically deserves a serious looksee because of the Minghella factor. But I started feeling uncertain two or three months ago when I began hearing…well, better not to pass it along. B & E may well be intriguing and recommendable for any number of reasons, but at this juncture it doesn’t sound, look, or feel like Best Picture material. I may be wrong but that’s how it smells right now. Cast: Jude Law, Juliette Binoche, Robin Wright-Penn, Ray Winstone, Martin Freeman, Vera Farmiga. 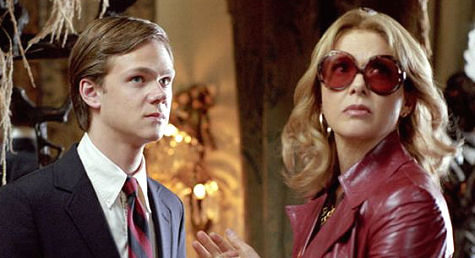 All The King’s Men (Columbia Pictures/dir: Steven Zallian): Reason : Something’s wrong with this film. I can feel it. Sean Penn’s hoarse screaming of those campaign speeches with that actorish down-home cracker accent he’s using is deeply unappealing in the trailer. He’s a great actor but I’m not looking forward to sitting through this performance…I’m really not. If this period drama had any kind of Best Picture fortitude, somebody would have seen it by now and begun talking it up. It opens on 9.22 and I haven’t heard any distant jungle drums heralding its arrival. Cast: Penn, Jude Law, Kate Winslet, James Gandolfini, Mark Ruffalo.
(4) A Good Year (20th Century Fox/dir: Ridley Scott): Reason: The more I read about it and look at the trailer, the more appealing it seems. I would love it if a quality-of-life film such as this turned out to be derby material, but the more I meditate upon the mood of the trailer and the somewhat predictable story arc (i.e., financial kingpin grows a soul, learns to savor life’s organic/pastoral pleasures), the more my gut tells me it’s probably a case of Ridley Lite. Nothing wrong with that — I’m looking forward, I can’t wait, and I’ll always love Crowe — but it’s not looking like a heavyweight deal. And so what? This could a laid-back winner of another stripe. Cast: Russell Crowe, Albert Finney, Abbie Cornish, Marion Cotillard, Valeria Bruni-Tedeschi, Didier Bourdon.
(5) Running With Scissors (Columbia/dir: Ryan Murphy) Reason: The word is actually pretty good on this one. Sassy, funny, oddball coming-of-age, life-lesson stuff. I’m just picking up signals that it lacks the water-table gravitas and emotional current to be in the Best Picture race. Said to be fine and worth seeing on its own terms, though. I was pitched about inteviewing Ryan Murphy (and I’d like very much to salute any ex-Entertainment Weekly writer who’s gone on to greater things) but after saying I wanted to see Scissors as a pre-condition…well, I’d still like to see it. Cast: Annette Bening, Joseph Cross, Brian Cox, Joseph Fiennes, Evan Rachel Wood, Alec Baldwin, Jill Clayburgh.
(6) The Prestige (Touchstone/dir: Chris Nolan) Reason: A turn-of-the-century dramatic thriller about competing magicians shouldn’t have been listed among my Best Picture hopefuls in the first place. It’s just that Nolan is such a first-rate director — one of the very best working today — and I keep thinking one day he’s going to hit it out of the park. Not this time, though. The buzz is excellent but the trailer tells me it’s primarily a genre film meant to satisfy the plebes (and I include myself in that category). Cast: Hugh Jackman, Christian Bale, Michael Caine, Scarlett Johansson, Rebecca Hall, Andy Serkis, Piper Perabo, David Bowie. 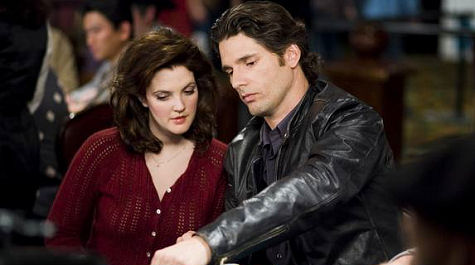 Children of Men (Universal/dir: Alfonso Cuaron) Reason: An obviously thoughtful doomsday drama that looks superb and whip-smart and technically top-of-the-line. (A director friend who’s seen it says the compositions and long shots are Kubrick-like.) But any movie previewed at Comic-Con featuring Michael Caine in hippie hair and being called a “thriller” on www.comingsoon.net is most likely not Best Picture material. That sounds like a big lunge but you know what I mean. Educated filmgoers, cineastes, cultists and geeks will probably be delighted, but the futuristic plot places it in the basket of political-polemical films that never seem to end up in the Best Picture derby. Cast: Clive Owen, Julianne Moore, Charlie Hunnam, Michael Caine, Chiwetel Ejiofor.
(8) Zodiac (Paramount/dir: David Fincher). Reason: A dark, gritty procedural about an actual hunt for a real-life San Francisco-area serial killer that began 37 years ago is, again, a film that may well have grand distinctions and fantastic chops, but it’s almost certainly not Best Picture material because of the lack of an emotional current of any recognizable kind, much less a cathartic emotional crescendo, in the script that I read a few months ago. Plus it’s hard to figure if Paramount is going to release it platform-style in late December to qualify it, or whether they’re just going to open it on 1.17.07 with no platform. Cast : Jake Gyllenhaal, Robert Downey, Jr., Mark Ruffalo, Anthony Edwards, Ezra Buzzington.
(9) For Your Consideration (Warner Independent/dir: Christopher Guest). Reason: May well be clever, funny, sharply satirical, etc., but not remotely made of the stuff that gets you into the derby. Chris Guest operates on his own sub-atomic plane. Cast: Carrie Aizley, Bob Balaban, Ed Begley, Jr., Jennifer Coolidge, Paul Dooley, Ricky Gervais, Christopher Guest, Rachael Harris, John Michael Higgins, Michael Hitchcock, Don Lake, Eugene Levy, Jane Lynch, Michael McKean, Larry Miller, Christopher Moynihan, Catherine O’Hara, Jim Piddock, Parker Posey, Harry Shearer, Fred Willard.
(10) Hollywoodland (Focus Features/dir: Alan Coulter). Reason: An atmospheric, above-average Hollywood noir with a steady hand and fine performances. But it’s more of an early-fall than a late-fall film, if you catch my drift. And it’s certainly not a year-end one. Which isn’t to put it down. I’m just trying to weigh its merits in the proper context. Cast: Adrien Brody, Ben Affleck, Bob Hoskins, Diane Lane. 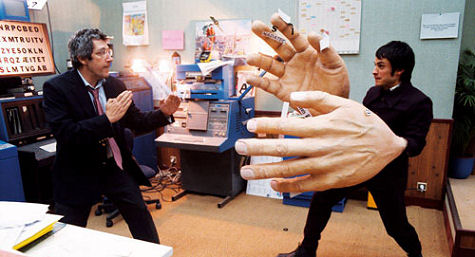 Lucky You (Warner Bros./dir: Curtis Hanson). Reason: Gambling movie, not going to Toronto Film Festival, the curse of Eric Bana, etc. I finally saw the trailer on the big screen last night, and it doesn’t look half bad. Hanson is a first-rate filmmaker, as everyone should know by now, and his having worked with Eric Roth on the script is some kind of quality guarantee. But unlike Hanson’s excellent, under-appreciated In Her Shoes , this one doesn’t feel Best Picture-ish. (Note: Lucky You has changed its release date from 9.8 to 10.27.) Cast: Bansa, Drew Barrymore, Robert Duvall.
(12) The Painted Veil (Warner Independent/dir: John Curran) Reason: Looks to be an exotic, high-toned period drama, set in the 1920s, about a married London woman’s journey of self discovery by way of an adulterous affair and dealing with cholera-afflicted Chinese natives. Whatever aesthetic pleasures it may ultimately yield, one can sense immediately by way of its 9.15 release date that it’s probably not derby material. Cast: Naomi Watts, Edward Norton, Liev Schreiber.
(13) The Science of Sleep (Warner Independent/dir: Michel Gondry). Reason: I still haven’t seen it, but it’s been at festivals and hasn’t generated anything that sounds like derby-entry buzz to me. Trippy and imaginative, I hear, and a likely smart-audience favorite. Cast : Gael Garcia Bernal, Charlotte Gainsbourg, Alain Chabat, Jean-Michel Bernard, Emma de Caunes, Inigo Lezzi, Stephane Metzger, Miou-Miou.
Best Picture Add-On:
Blood Diamond (Warner Bros./dir: Edward Zwick). Reason: It’s a Zwick film about moral growth in a wartime atmosphere, and it’s opening on 12.15 with Warner Bros. behind it — that in itself tells you it’s in the game. Set in 1990s Sierra Leone, it’s about a South African mercenary (Leonardo DiCaprio) and a fisherman (Djimon Hounsou) whose fates become interwined “in a common quest to recover a rare pink diamond that can transform their lives.” That last part sounds like horseshit but Zwick always tries hard and Diamond is looking pretty assertive at this stage. Cast: DiCaprio, Jennifer Connelly, Hounsou, Michael Sheen, Stephen Collins.