Francis Coppola‘s Youth Without Youth, the legendary director’s first flick since The Rainmaker, showed before the public a few hours ago at the Rome Film Festival to “mixed reactions,” according to an AP/ Herald Tribune story just posted. 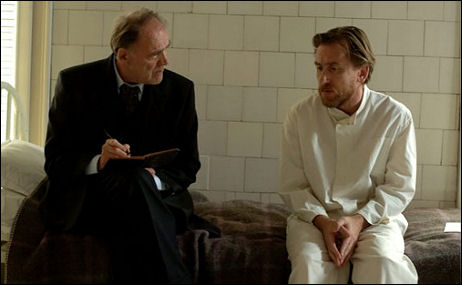 Variety‘s Jay Weissberg, having posted his review at 11:32 Pacific time, says “not just fans of Francis Ford Coppola will be disappointed by the mishmash plotting and stilted script of Youth Without Youth, the masterÃ¢â‚¬â„¢s first helming effort in 10 years.

“Overly talky tale spans the mid-20th century, following an elderly professor whose miraculous return to youth offers the chance to complete his magnum opus and rediscover lost love. Attempting to harness multiple genres, pic is brought down by ponderous dialogue (much of it dubbed) and an inability to connect with its characters.”

At the festival’s press screening, Coppola reportedly “asked people to take their time and see it more than once,” the story says.