All Bets Are Off

“Clearances” are gentleman’s agreements between theatrical chains that are basically about respecting territory and boundaries. One L.A. clearance arrangement that’s been in effect for some time is between the Landmark plex on West Pico Blvd. and the AMC Century City 15 plex, located about a mile or so to the northeast. The basic deal has been to give each other economic breathing room by not showing each other’s films. Simple. 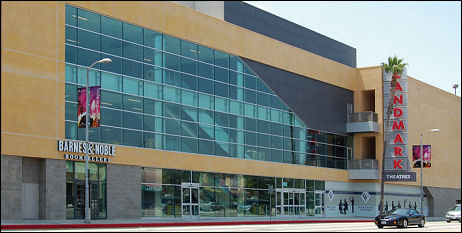 But all that has recently changed. The Landmark has essentially decided that with times being tough all over, their indie-movies-for-upscale-audiences plan hasn’t been bringing in enough dough and it’s time for a new strategy. And that means showing more mainstream-y films even if their AMC cousins are showing the same titles. Which is a roundabout way of saying fuck the Diaz brothers.
Situation: The Dark Knight and Mamma Mia! will be opening at both the Landmark and the AMC C.C. plex next weekend, and it may be that the Landmark will beat out the AMC as far as Mamma Mia! business is concerned due to the latter having a stronger 25-and-over female customer base.
“Landmark just decided to do it,” a friend confides. “They decided they really wanted The Dark Knight and WB was perfectly willing to let them show it. Landmark, meanwhile, had Mamma Mia! exclusively for that area, but now AMC is going to go show Mamma Mia also.” In short, a little tit-for-tat, quid pro quo action.
Landmark CEO Ted Mundorff was unavailable, but his sentiments were summed up by a professional colleague: “Let’s just show good films that everyone likes and not be so exclusionary.” 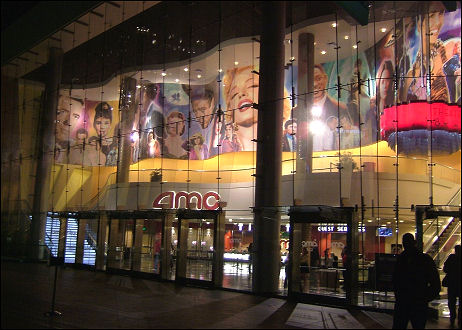 The friend believes that the Dark Knight booking is as much about appealing to Landmark regulars who are serious Chris Nolan fans (Memento, Insomnina) as much as anything else. I’m not sure I can buy that one but whatever. I myself am a Nolan fan first, a Heath Ledger fan second and a Batman fan second.
Before they altered or broadened their identity by letting mainstream popcorn movies in, Landmark had been…how to say it? The term is either “suffering” or “somewhat hurting,” but then so has everyone else in the indie exhibition sector. It’s not a flush time right now. The Landmark has been plugging along, but the biggest indie films they’ve been showing have been The Visitor, Mongol and Guillame Canet‘s Tell No One. That’s fine as far as it goes, but an operation like the Landmark needs more grease on the axles.
As someone else put it, “There’s so much good product around now. Why not just just give people what they want?”