Paramount Pictures has shown Tom Cruise the door, and it’s top executive has explained why in a blunt and unflattering way. “Lo, how the mighty have fallen” is one way of reacting to this, but the real question is why has Viacom chairman Sumner Redstone spoken so curtly and dismissively of a once all-powerful superstar? 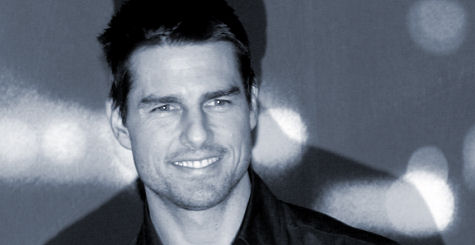 The Wall Street Journal has a story up about Paramount severing ties with Cruise/Wagner Prods., and it’s a whopper. The money quote is Redstone explanation for why Paramount is ending its 14-year relationship with Cruise’s film production company, to wit: because the actor’s “offscreen behavior” which “was unacceptable to the company.”
It’s astonishing that Redstone would say this because it wasn’t really necessary to spell things out. The usual Hollywood routine in explaining a parting of the ways (creative or otherwise) is to use polite respectful terms, which Redstone obviously decided against. He’s clearly disdainful of Cruise’s eccentric Scientology-driven antics and has made a very public show of flipping him the bird.
< ?php include ('/home/hollyw9/public_html/wired'); ?>
Why didn’t Redstone just say “we wish Cruise and Paula Wagner well” and let it go at that?” What could have brought this on? “It seems as if Redstone is acting on a belief that Cruise has become box-office poison, or is starting to become that,” an insider with ties to Paramount said this afternoon.
Cruise’s partner Paula Wagner told Variety earlier today that Redstone’s comments about Cruise were “outrageous and disrespectful.” Wagner also asserted that CAA, which reps Cruise, terminated discussions with Paramount earlier in the week. The studio had had been offering a sharply reduced annual funding commitment for C/W Prods., down from $10 million to something like 20% of that, according to an earlier report.
It was also annouced that Cruise and Wagner have raised $100 million from two hedge funds and are striking out as indies while looking for a housekeeping deal at another studio. “‘This is a dream of Tom and mine,’ Wagner told the Wall Street Journal.
Still, could anyone have imagined even two or three years ago that Cruise would be in effect be pushed off the Paramount lot? It’s one thing for Paramount to cut C/W’s annual deal down from $10 million to $2 million, but for its chairman to effectively say “you’re fired’ is a mind-blower.
Between Mel Gibson’s anti-Semitic wipeout of a few weeks ago and Cruise being booted off a big-studio lot due to “unacceptable behavior”, we’re once again reminded that studio chiefs are being less and less accomodating to big-star salaries.
And also that big-star meltdowns are becoming more and more common these days. The difference this time is that a major corporate figure has given this bizarre syndrome as a reason for ending a deal. This is significant. And it seems fair to re-acknowledge that Andrew Breitbart and Mark Ebner‘s “Hollywood Interrupted” called this syndrome a long ways back.
Free Katie. Free Suri.