While speaking to Factory Girl star Sienna Miller, Daily Mail columnist Baz Bamigboye makes mention of the fact that “those who have seen early rough-cut versions” — partly a reference to yours truly — “tell me the performances of Sienna and leading man Guy Pearce, as Warhol, are brilliant. So much so that studio chief Harvey Weinstein plans a year-end Oscar campaign for them.” 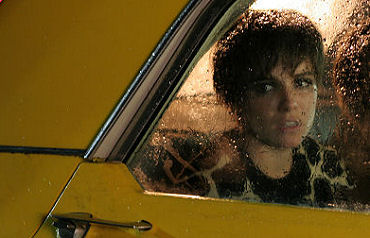 I never said anything rock-solid about Harvey planning to release Factory Girl, so presumably Baz has done some digging of his own. That or Sienna said so.
Here’s how I put it in mid-August: “I know award-quality when I see it, and Sienna Miller’s capturing of Edie Sedgwick totally rates. It may be the most eerily accurate reviving of a dead person I’ve ever seen in a film. And yet Miller projects dimension and gravitas in spades — an unmistakable sadness and snap and aliveness like nothing I’ve gotten from an actress in any movie so far this year. She isn’t just a dead ringer for the real McCoy — she gets her fluttery debutante laugh, that mixture of Warholian cool and little-girl terror, the giddy euphoria, the cracked voice. It’s more than convincing — it’s a kind of rebirthing.”