Pre-Covid Thriller On The Verge

For an alleged “problem” movie, Joe Wright‘s The Woman in the Window (Netflix, 5.14) seems more intriguing due to the latest trailer. Pic was initially slated for a 10.4.19 release via 20th Century Fox. Disney, which bought Fox on 3.20.19, got the willies after alleged poor test screening results. Pic was recut and given a 5.15.20 theatrical release. But then Covid stepped in. Netflix bought Wright’s film on 8.3.20. 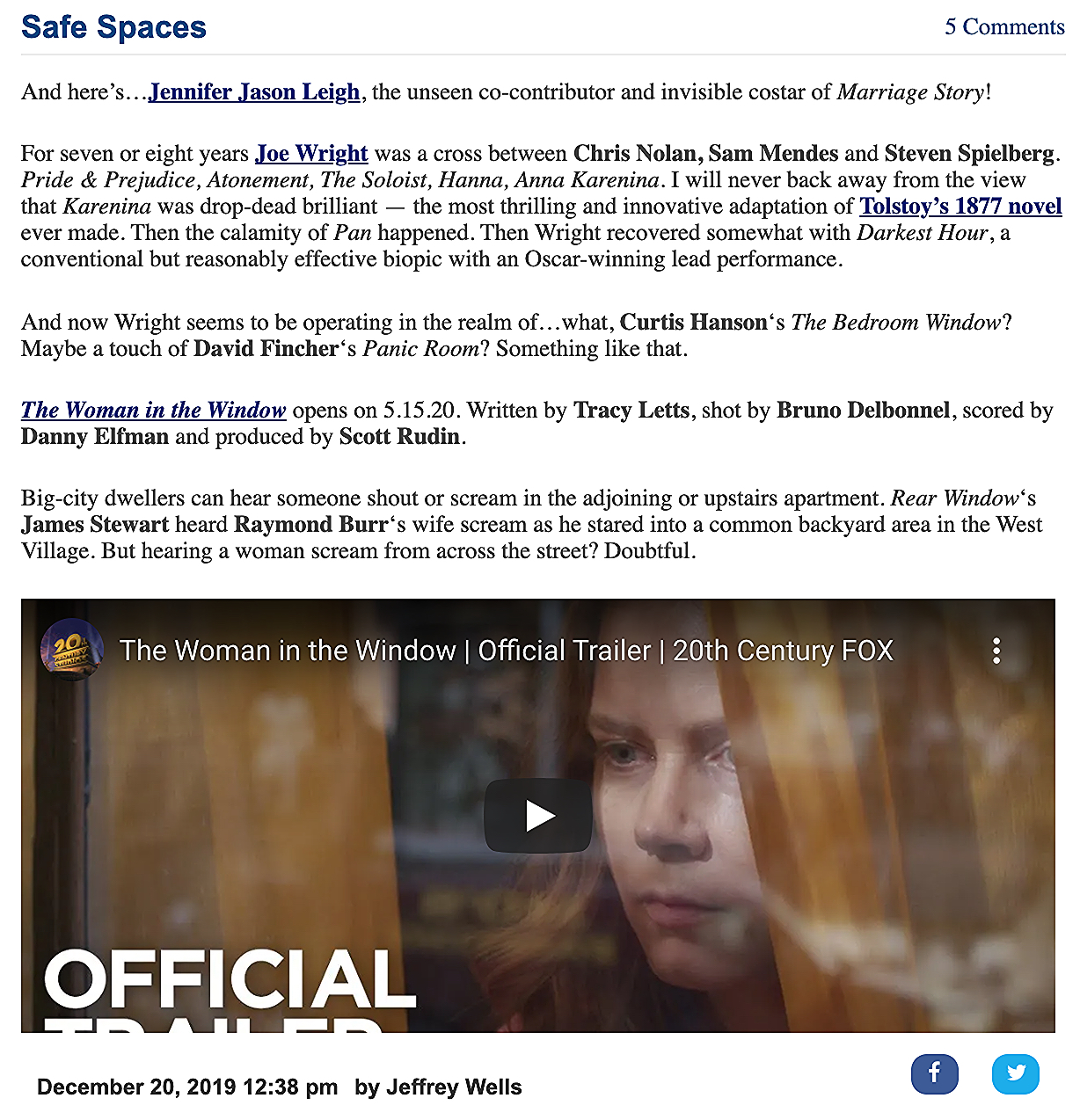 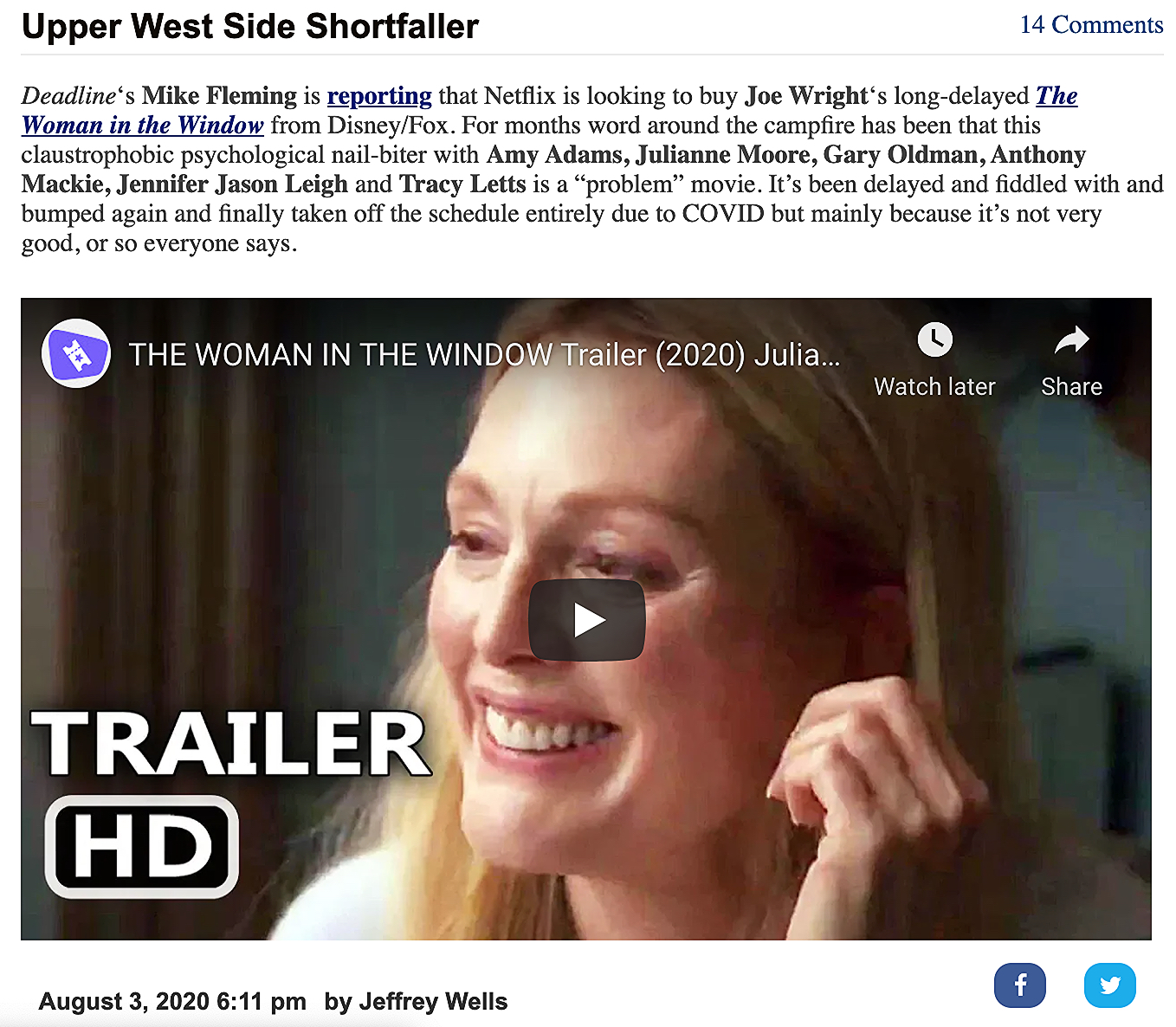