Daniel Day Lewis, the presumed winner of the 2012 Best Actor Oscar for his Lincoln performance, sat down last night in Santa Barbara for a fairly solemn and somewhat revealing interview with Hollywood Reporter columnist Scott Feinberg. There was nothing playful, irreverent or spur-of-the-moment going on between them. It was strictly a “here’s a serious question” and “here’s my serious answer” type of discussion, and that was fine. I was into it. I felt on some level like I was studying for a final exam, and that it was important to listen carefully. 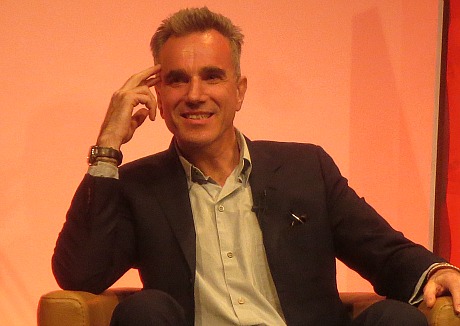 I found their talk absorbing because Lewis, it seemed, was being, in his mercurial way, as open and confessional as his personality allowed. He was “playing the game” as frankly as he knew how, and I respected that. 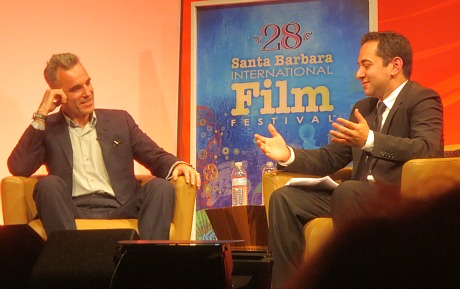 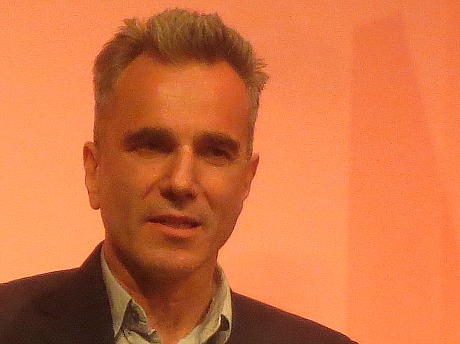 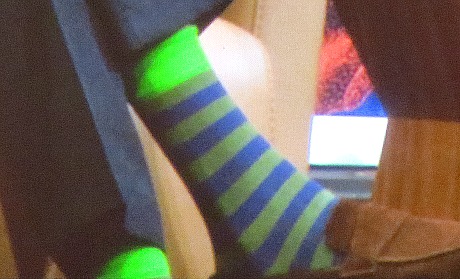 DDL chose to wear these socks, I presume, as some kind of statement of allegiance and loyalty to Ireland, but Jesus….in my mind loudly colored, horizontally striped socks are as bad if not worse than the gold-toe variety. I wonder what Roman Coppola would say. 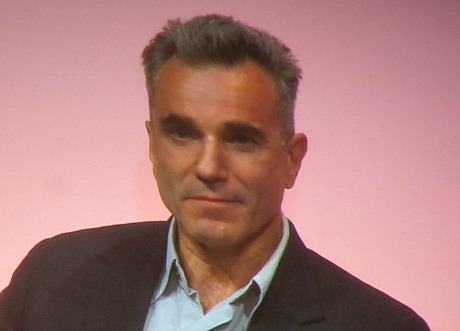 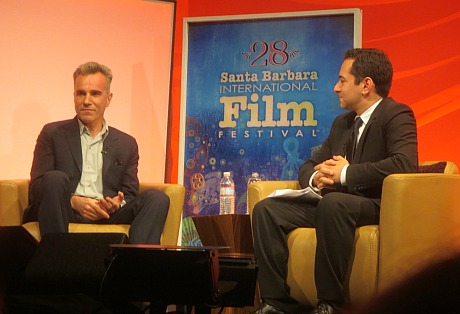 I can’t get cranked about this because DDL winning Best Actor is a foregone conclusion.

Feinberg decided not to ask Lewis if he’d ever heard the story about Robert Todd Lincoln (1843-1926) visiting Raymond Massey (1892-1983) backstage after seeing him in a Broadway play sometime in the early to mid 1920s and saying that Massey’s voice had an “uncanny” resemblance to his father’s. Nor did he ask DDL if he’d tried different versions of his Lincoln voice before deciding upon his Matthew Modine-imitating-Walter Brennan approach.

I went to the after-party at a nice little restaurant on Cota Street. It was very pleasant to be there with the swells and drink non-alcoholic beer and sample the delicious sliders. DDL hung out in the upstairs area and decided not to come down and schmooze. (At least while I was there.) He’s just not into that stuff, and that’s okay with me. I respect and admire the man, and that’s all that matters.