Variety‘s Phil Gallo starts out telling it straight and true about David Leaf and John Scheinfeld‘s The U.S. vs. John Lennon (Lionsgate, 9.15) in his Venice Film Festival review, but then he begins to equivocate and cottonball. As does the film itself. 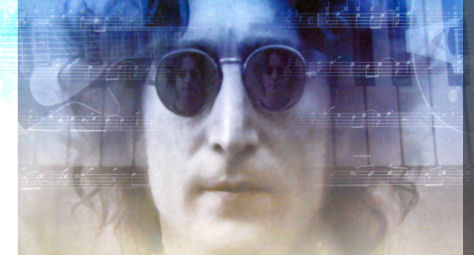 Here are my three main arguments with the documentary, which Lionsgate will release on 9.15 after showings at the Telluride and Toronto film festivals, along with Gallo’s review:
(a) The doc does “persuasively chronicle an artist sticking to his guns through activism” as the U.S. government conspired to kick Lennon out of this country in the early ’70s as a way of getting back at him for using his celebrity to stir up sentiments against the U.S. military’s fighting of the Vietnam War. And Gallo is dead right in saying that “by getting Ono to cooperate and open the vaults, the storyline follows the Ono-approved bio that posits Lennon as saint, excising his dark periods and their years apart, which could have enhanced the portrait.”
< ?php include ('/home/hollyw9/public_html/wired'); ?>
The Lennon portrayed in this film is indeed scrubbed clean and phony as a three-dollar bill, and there’s no doubt in my mind that Leaf decided on this portrait — Lennon as a kind-of St. Francis of the anti-war movement, a guy who did nothing but good things and spoke only of love and peace and stopping the killing — under the influence of his and Scheinfeld’s alliance with Lennon’s widow.
I call it the “Curse of Ono” — the more control she seems to have over any portrait of the late ex-Beatle, the more sugar-coated it turns out.
Like anyone else, Lennon was a mixed bag — part genius, part beautiful guy, part angry guy, part saint, part asshole, part man-of-courage, part prima donna, part gifted troubadour, part abusive drunk (during his 1974 “lost weekend” phase), part mystical seeker. But you only get the positive stuff from Leaf-Scheinfeld-Ono. And after an hour or so of the vigilant, heroic, positive-minded Lennon, you want to barf. 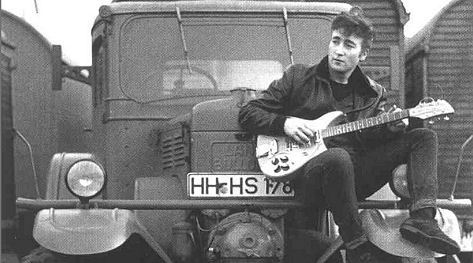 It’s almost like listening to a speech by Big Brother: “John Lennnon was God’s gift…better than most of us…learn from his story…praise the good things he did for this country…follow in his footsteps!”
There’s nothing more boring and infuriating, even, than a doc determined to sweeten and sanitize the truth. Anyone who knows anything about the real John Lennon, warts and all, will be shifting in their seat and going slowly mad.
(b) 40 Lennon songs — 37 from his solo career — “are used pointedly [and] out of chronological order and tied to the visuals thematically,” Gallo notes with some approval. He’s wrong to wink at this. The out-of-chronology thing is bad, but what really hurts are the painfully on-the-nose cues that intro the playing of each tune. Thematic links between what we’re seeing or hearing about Lennon on-screen and the songs that pop up a few seconds later are almost enough to turn a longtime Lennon fan off his music for life.
The idea in stuffing so many songs onto the soundtrack, of course, is to market a new double-album, which, of course, Ono and VH1 (which partly financed the pic) will profit from. I appreciate that there are many tens of thousands of GenXers, twenty-somethings and teenagers who barely know Lennon’s stuff and will be turned on to his music by this film, and that’s fine…but if you already know the songs and the drill, it’s truly awful to hear them re-played alongside a series of dreadfully clunky biographical observations. 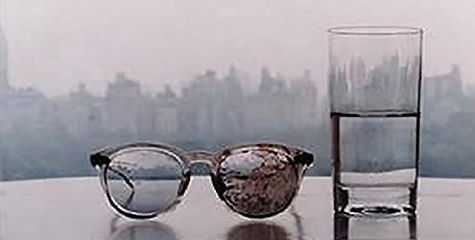 (c) The film completely ignores the biggest irony that naturally goes with any look at Lennon’s life as an engaged, socially involved artist and agitator, and so does Gallo. I’m speaking of the apparent reason Lennon was killed by Mark David Chapman on 12.8.80, which had to do with Chapman, a psychotic nerd and homicidal asshole, deciding that Lennon had to pay the price for withdrawing from being the courageous and nervy “John Lennon” of legend and turning into a house-husband, abandoning his musical career, ceasing his political activism, etc.
In short, Leaf and Scheinfeld’s movie celebrates what a brave and commendable guy Lennon was when he got into a standoff with the government, but doesn’t even acknowledge that his abrupt withdrawal from this activity, from occupying his persona as Lennon-the-bold-and-outspoken, is what ended his life. They could have spoken to some friend or biographer who could have at least mentioned this (without giving Chapman’s motive any respect, I mean)…but the irony never surfaces. It isn’t even breathed upon.