Punch Me In The Face

As I noted last May, Robin Campillo‘s BPM (Beats Per Minute) (The Orchard, 10.20) is an impassioned, oppressively didactic period film (i.e., early ’90s) about Parisian ACT UP members battling bureaucratic indifference and/or foot-dragging in the battle against AIDS. It’s a tough, well-made, humanist thumbs-upper, but at the same time the relentless political-talking-points dialogue gradually numbs you out, and then drains you of your will to live.

At the risk of sounding insensitive or uncaring, Campillo’s hammer-focus on the French medical establishment’s slow-to-act response to the AIDS scourge is airless — it doesn’t breathe. BPM is a 144-minute gay agenda movie that says the right things, feels the right things and clobbers you over the head with its social-activist compassion and sense of life-or-death urgency. I for one staggered out of the Grand Lumiere theatre when it ended, gasping for breath and overjoyed that the lecture had finally ended.

I like my gay movies to feel swoony and speak softly — I want them to feel mellow and cultured and graced with the aroma of fine wine, fresh peaches and tall grass on a warm summer’s day. No offense but BPM is on the other side of the canyon, enraged and odorous and generally obnoxious. Thanks but no thanks. 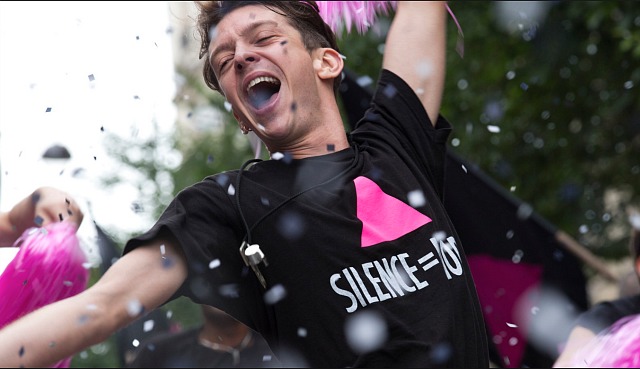