Regarding yesterday’s post about the apparent indifference being expressed by MGM honcho Gary Barber about the deteriorating 70mm elements for John Wayne‘s The Alamo (’60), a prominent film critic has written the following: “This ridiculous Alamo situation seems to have reached the point where an effort should be made to rally the big boys —Scorsese, Spielberg, Fincher, Cameron, Lucas, Nolan, whomever else — to speak out about this and hopefully embarrass the hell out of Barber and anyone else at MGM who might be standing in the way of someone else paying to restore the film. Surely then the MGM executives could find a magnanimous way of saying that while it was not their first priority or, better yet, how they were unaware of the perilous condition of the 70mm materials until these esteemed filmmakers brought it to our attention, by all means they want this treasured, Best Picture-nominated American classic to be restored to its full large-format glory for the edification of future generations.” 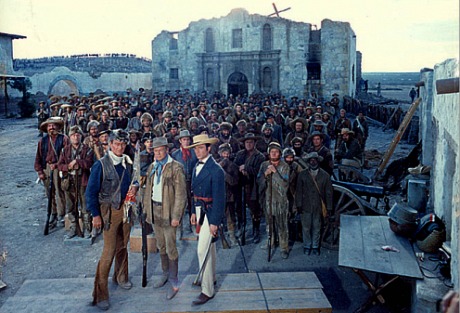 If anyone can get through to the above-named heavyweights and ask if they’d be willing to sign a group letter to Barber which would then be posted for Gary Barber and everyone else to read, please assist.

Marty? I know you’re in Taiwan preparing to shoot Silence but this will only take a few minutes. Mr. Fincher? I know you’re finessing Gone Girl but again, this won’t take long. Mr. Spielberg? Okay, I won’t try that one…too much dirty water under the bridge. Same with Lucas. Then again this isn’t about me but about trying to save 70mm elements for a film by a respected Hollywood legend. I seem to recall Spielberg and Lucas having stood up for Castle Keep a decade or so ago so why not The Alamo? Nolan is obviously deep into Interstellar but perhaps he would consider co-signing? How about Mssrs. Alejandro Gonzalez Inarritu, Alfonso Cuaron and Guillermo del Toro? How about Mr. Cameron lending his name? It’ll take two minutes.

Here’s a stab at how the letter to Barber could read (just a rough draft): “Gary — As a filmmaking colleague and a loyal member of the fraternity…okay, you’re a “suit” but there’s nothing wrong with that. In any event we’re sure you appreciate the necessity of allowing Robert Harris to restore the 70mm version of John Wayne‘s The Alamo. It is our understanding that MGM is unwilling to fund this effort, which we understand and have no issue with. What puzzles us is MGM’s reported reluctance to allow outside financing to cover the costs. Please allow the second option to happen. Nobody wants to bear the responsibility for allowing a respected, large-format, Oscar-nominated film to deteriorate into waste matter. It will be to your considerable credit if you approve this approach, and you will have our full and profound respect to boot. — Best wishes, the undersigned hotshots (Spielberg, Cameron, Inarritu, Nolan, etc.) 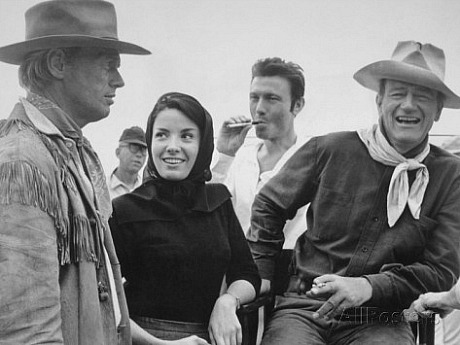