I was standing in the right-rear section of the orchestra when The Tree of Life ended and didn’t even hear the booing, which reportedly came from the upper balcony. In any event I think it’s beastly to boo a film as hauntingly beautiful and immensely ambitious and spiritually directed as this one, and which is so dazzling and transporting during its first half-hour to 40 minutes. 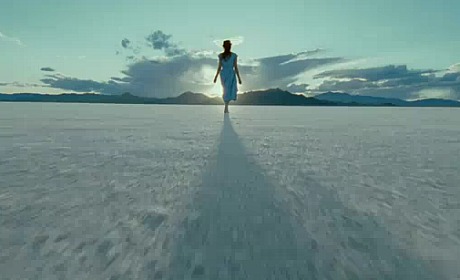 I understand the frustration, mind, because The Tree of Life does lose itself in its own impressionistic quicksand after the first half-hour. It begins to drown, sink, swallow itself. The center cannot hold. But it’s entirely worth seeing (and praising) for the portions that clearly and unmistakably deliver. I’m especially referring to what people will soon be calling the 2001/Douglas Trumbull section. Who in the big-budget realm is even trying to make pure art films like this except Malick?

But over time he’s been given, I feel, a bit too much freedom and time to do whatever he damn well pleases. There’s a part of me that would dearly love to see Malick suffer under a brutal Harry Cohn-like taskmaster producer because as unhappy as that would make him personally, he’d make tougher and more rigorous films.

Malick’s staunchly non-linear, 136-minute poem about beauty and Godliness suppressed and the unfortunate legacy of brutal paternal parenting in the 1950s is a sad and beautiful…wank? The ultimate refutation of narrative? An often captivating but rudderless impressionistic exercise?

Yes, I know I twittered the last passage only minutes after emerging from the theatre, but it came out well and on-target so there.

I understand why distributors and exhibitors were apoplectic about this thing last year. It’s not going to sell a lot of popcorn. Or tickets, for that matter. But fuck those guys. The Tree of Life is, of course, essential viewing if you care at all about movies that aspire to more than showing us Johnny Depp mugging and rolling his eyes and pocketing another paycheck.

You know what? I’m just going to re-run and in some instances re-write my tweets and possibly elaborate here and there: 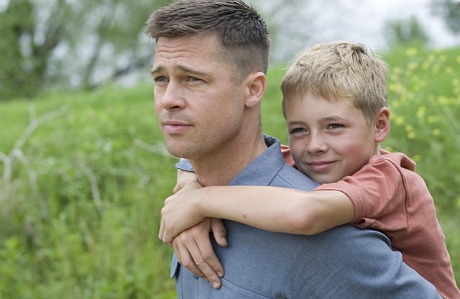 Tweet #1: “Terrence Malick made The Tree of Life in this free-flowing, free-associative way because he could, because he doesn’t have Bert and Harold Schneider riding his ass in post, and because God told him to…like it or lump it.” That’s pretty much on the money. I adore hundred of things that Malick captured in The Thin Red Line and The New World, but there was more discipline in Days of Heaven because (I’ve read) of Bert and Harold, and Badlands was just as tight.

Tweet #2: “Terrence Malick needs a trainer, a tough collaborator, a friend with a stick. No such luck.This movie is the fault of his many enablers.”

Tweet #3: “The first half-hour of The Tree of Life is magnificent. But then it begins to dissipate because the center cannot hold. Airy fairy.

Tweet #4: “The Tree of Life should have been shorter. It’s the first ten minutes of The Thin Red Line — meditative, jungle-leafy, reptile in water — only set in 1950s suburban Texas” — the film was primarily shot in Smithville, about 40 miles southest of Austin — “rather than an island in the South Pacific.”

Tweet #5: “Shorter Tree of Life: Life sure could be symphonically, heart-stoppingly beautiful if it wasn’t for my hard-ass, totally frustrated, spirit-suffocating dad” — i.e., Brad Pitt’s character. Imagine The Tree of Life without those tree shots, those kick-the-can moments, Jessica Chastain‘s looks of disdain for Brad Pitt, etc.” I can’t. But there are an awful of those tree shots. Scores. This must be acknowledged because I think it’s overdone.

If nothing else The Tree of Life is one prolonged Emanuel Lubezski orgasm. Every shot is captivating, sublime, amazing, heavenly.

I love this passage from Justin Chang‘s Variety review: “[At] roughly 20 minutes in The Tree of Life undergoes arguably the most extreme temporal shift in the history of cinema. Comparisons to 2001: A Space Odyssey are perhaps intended, not least because Stanley Kubrick‘s special-effects creator Douglas Trumbull served as a visual consultant on Malick’s eye-candy evocation of the dawn of time (conceived by several visual-effects houses but designed with minimal reliance on CGI).

“We observe a flurry of awe-inspiring images at astronomical, biological, macro- and microscopic levels: a nebula expanding in outer space; cells multiplying in a frenzy; a school of shimmering jellyfish; darkness illuminated by a volcanic eruption; a bubbling primordial ooze.”

Pitt plays the villain, all right, and delicate, red-haired Jessica Chastain plays his tender, spirited, angel-like wife. Their taxed and tormented son Jack is played an adolescent by Hunter McCracken, and as an adult by Sean Penn (who’s barely in the film, and has maybe five or six lines).

There’s a young blonde kid who plays McCracken’s younger brother, and who resembles Brad Pitt quite unmistakably. It’s almost like he’s Pitt’s actual son, which is all but unheard of in movies. There’s one rule that Hollywood casting agents seem to go by when casting families, and that’s to never, ever allow for the faintest resemblance between on-screen parents and children. On this point alone The Tree of Life deserves high praise.